SEAN: A relatively light week? Could be.

Denpa gives us the 5th volume of Inside Mari. 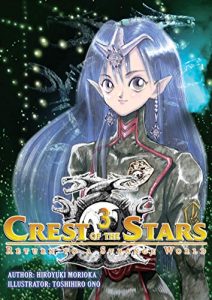 SEAN: J-Novel Club has no debuts, but we get the 2nd and final Middle-Aged Businessman, Arise in Another World!. There’s also Crest of the Stars 3, which wraps up that “arc”, though stay tuned for more “of the Stars”.

On the manga front, J-Novel Club has Infinite Dendrogram 2 and How a Realist Hero Rebuilt the Kingdom 2.

Kodansha’s print lineup has the debut of Granblue Fantasy. Based on the game, this series runs in the obscure Cycomics, and should be fun for those who like fantasy manga.

ASH: Manga based on games can sometimes be hit-or-miss, but I’ve read some very good ones and I do like fantasy series…

Digitally, it’s another Cells at Work! spinoff. Cells at Work and Friends, fittingly, runs in Betsufure (Bessatsu Friend), so is a shoujo take on the franchise. The plot involves a Killer T Cell who has an intimidating expression, and as a result… Doesn’t Have Many Friends. Where have I seen this plot before?

We also have new digital volumes of Farewell My Dear Cramer (3), The Knight Cartoonist and Her Orc Editor (3), My Pink Is Overflowing (4), Queen Bee (2), and Tokyo Revengers (12).

MICHELLE: I will at least be reading a couple of these. 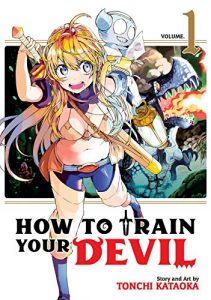 SEAN: Seven Seas debuts How to Train Your Devil (Maou no Mama ni Narundayo!). which runs in Mag Garden’s Comic Blade. Our heroine is tasked with defeating the Demon King… but he’s a baby. She resolves to reform him… and promptly gets named his primary caregiver. Hijinks, as they say, ensue.

Not technically manga but of interest to fans is Roadqueen: Eternal Roadtrip to Love. This yuri comic was funded by donors, and is apparently really good. I can think of one Manga Bookshelf peep who will be all over this.

ASH: Is it me? Because I’m really looking forward to this one!

SEAN: We also get the 11th Grimgar of Fantasy and Ash in print, If It’s for My Daughter I’d Even Defeat a Demon Lord’s 4th manga volume, the 4th Mushoku Tensei novel digitally, and Plus-sized Elf 3.

SuBLime has an 8th volume of Don’t Be Cruel.

And Vertical gives us a 3rd Master Edition of Knights of Sidonia. 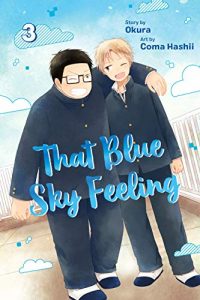 Viz has a good lineup for Week 2, aka the Shonen Sunday week. Case Closed 72, Komi Can’t Communicate 3, Sleepy Princess in the Demon Castle 9, and That Blue-Sky Feeling 3.

MICHELLE: It’s the final volume of That Blue Sky Feeling, as well, and I’ll definitely be picking that up.

ASH: That Blue Sky Feeling has been such a lovely series so far; I’m very glad it got an English-language release.

MELINDA: What they said.

ANNA: I need to catch up on this!

SEAN: Lastly, Yen On gives us a 2nd volume of better-than-it-sounds light novel Torture Princess. (The writing is better than it sounds. The plot is still as dark and torture-y as you’d expect.)

Anything leap out at you here?