SEAN: Even with Yen Press moving a lot of its release dates, this is still a pretty heavy week. Lotsa stuff. 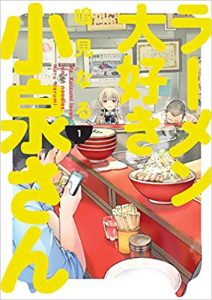 Debuting from Dark Horse is Ms. Koizumi Loves Ramen Noodles (Ramen Daisuki Koizumi-san), another in the series of foodie manga to be brought over here. High school girl is secretly a RAMEN MASTER. This runs in Takeshobo’s Manga Life Storia.

ANNA: I do enjoy a food manga.

ASH: So am I! Plus, I am particularly fond of ramen.

SEAN: Dark Horse also has Berserk 40 (I believe that’s Vol. 40, not the 40th anniversary of the last volume), and the 2nd Elfen Lied omnibus.

ASH: I am now actively reading Berserk in parallel with itself.

J-Novel Club debuts Otherside Picnic (Urasekai Picnic), another in the “yuri sci-fi” genre that we’ve seen recently. I suspect, as with previous entries, this will be of more interest for the sci-fi than the yuri. It’s from the author of Side-By-Side Dreamers, but will be more than one volume.

SEAN: J-Novel Club also gives us Record of Wortenia War 2, by the way, if you want something more traditionally “fantasy for guys”. 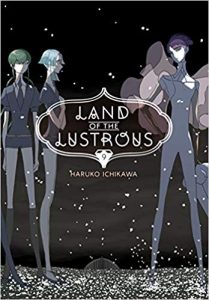 In print, Kodansha tries to catch up with quite a few titles. We get the debut of the Fairy Tail Manga Box Set, with the first eleven volumes. We also get Interviews with Monster Girls 7, Land of the Lustrous 9, Missions of Love 18, and The Quintessential Quintuplets 5.

ASH: Land of the Lustrous is still incredibly striking.

SEAN: Speaking of Fairy Tail, another spinoff debuts digitally with Fairy Tail: City Hero. This is basically an AU with Natsu and Lucy as cops. It runs in Magazine Pocket.

MICHELLE: I liked Atsumori-kun more than I expected, and have consistently enjoyed Lovesick Ellie.

SEAN: Seven Seas has no debuts but plenty of ongoing series. The Ancient Magus’ Bride 11, Haganai: I Don’t Have Many Friends 17, High-Rise Invasion 9-10, How NOT to Summon a Demon Lord’s 5th manga volume, How to Build a Dungeon 5, Nameless Asterism 4, Our Dreams at Dusk 3, and print volumes for light novels Reincarnated As a Sword (2) and Skeleton Knight in Another World (also 2).

MICHELLE: Somehow I had not noticed a new volume of The Ancient Magus’ Bride was coming out so soon! Huzzah!

ASH: Yes! I’m always happy for more of The Ancient Magus’ Bride! And Our Dreams at Dusk is SO GOOD.

SEAN: Sol Press snuck in a release this week that I’ll put in next week’s Manga the Week of, even if they should know better than to flout my whims. Why Shouldn’t a Detestable Demon Lord Fall in Love? is their new light novel, and its premise is its title.

SEAN: Vertical’s manga debut is The Golden Sheep (Kin no Hitsuji), from the author of The Gods Lie. It runs in Afternoon, and is about a group of friends growing apart. Expect melancholy galore.

ANNA: The Gods Lie was so good. Looking forward to this.

ASH: The creator, Kaori Ozaki, is a favorite of mine. 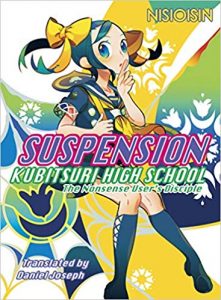 SEAN: Vertical also has the first newly translated volume of the Zaregoto novel series since 2010. SUSPENSION: Kubitsuri High School sees Ii-chan dragged by Jun to a girls’ high school that has a dark secret. Will we get another tight-knit mystery? Or will it all be nonsense?

Viz has no print titles, but is debuting Golgo 13 Vols. 1-13 digitally. This came out a while back in the Signature line, and is basically a “best of” collection for the assassin whose lovemaking gets its own endnotes. Fans of MANLY manga will want this.

ASH: Oh, that’s good! Some of the print volumes are very hard to find these days.

SEAN: Yen On has a couple of debuts. The Miracles of the Namiya General Store is another one-shot whimsical title with a movie tie-in. as well as Our Last Crusade or the Rise of a New World (Kimi to Boku no Saigo no Senjou, Aruiwa Sekai ga Hajimaru Seisen), which appears to be Romeo & Juliet among a war-torn fantasy world.

ASH: I was very surprised, but happy (as I am a fan), to see Yen pick up The Miracles of Namiya General Store. It’s by Keigo Higashino, most of whose novels have been published in English by Minotaur Books.

On the manga side, Yen debuts Combatants Will Be Dispatched!, a manga adaptation of the light novel we saw debut earlier this month. It runs in my nemesis, Comic Alive. Yen also has As Miss Beelzebub Likes 7, Bungo Stray Dogs 12, Goblin Slayer (manga version) 6, the 2nd manga volume of the KonoSuba Explosion spinoff, Love at Fourteen 9, the 11th volume of the Overlord manga adaptation, and Sword Art Online: Girls’ Ops 6.

Quite a lot of stuff. What’s got you most excited?