SEAN: This may be the smallest week I’ve seen in years. Under 20 titles! 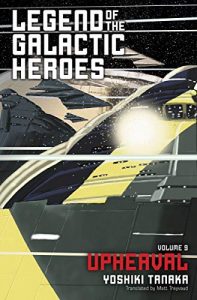 SEAN: Haikasoru has the 9th Legend of the Galactic Heroes.

SEAN: J-Novel Club has a trio of popular series, with How a Realist Hero Rebuilt the Kingdom 9, The Master of Ragnarok & Blesser of Einherjar 8, and My Next Life As a Villainess! 4.

In print, Kodansha has the 4th Quintessential Quintuplets (which is getting a 2nd season of anime soon) and a 4th Yuri Is My Job!.

ASH: I’ve been meaning to get around to Yuri Is My Job! at some point. Maybe the time has come.

SEAN: Digitally there is Altair: A Record of Battles 11, Mikami-sensei’s Way of Love 6, The Quintessential Quintuplets (yes, again) 9, and Tokyo Revengers 9.

Classroom of the Elite 3 is out digitally from Seven Seas. Yup, that’s it. They backloaded all their releases to the end of the month, Yen style.

Tokyopop has a 5th Futaribeya and a 5th Konohana Kitan. 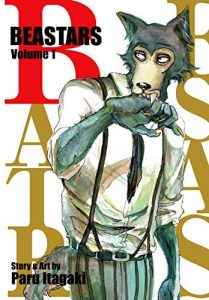 The big debut this week is from Viz: Beastars. This award-winning manga runs in Akita Shoten’s Weekly Shonen Champion, and takes the idea of anthropomorphic herbivores and carnivores battling it out and transplants it to high school. It’s apparently the Next Big Thing, so get right on this one.

ANNA: OK, I’m not going to argue with this.

MICHELLE: I’m not entirely sure it’s for me, but I intend to at least give it a try!

ASH: I’m very curious about this series as I have heard very good things about it.

SEAN: Viz also has Children of the Whales 11, Dead Dead Demon’s Dededede Destruction 6, Fire Punch 7 (I thought it had ended. I was sadly wrong), and Terra Formars 21.

SEAN: Lastly, Yen had a bunch of stuff here when originally solicited, but it all drifted to later in July, leaving Gabriel Dropout 7 as the only non-rescheduled title. Which makes it the winner!

Still catching up on stuff? Or does something catch your attention?

MELINDA: I’m directing an opera, so I won’t be reading anything that isn’t an adaptation of Giacomo Rossi adapting Aaron Hill adapting Torquato Tasso. But it looks like I’m not missing that much.