SEAN: This is… a relatively light week, at least compared to the rest of May. 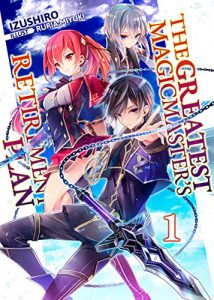 J-Novel Club has another debut, with The Greatest Magicmaster’s Retirement Plan. A teen prodigy retires from the military, but is still the greatest magician in the land, so winds up teaching his gorgeous young successors at a magic school. I’m getting Bastard Magical Instructor vibes here.

They also have Amagi Brilliant Park 5 and In Another World with My Smartphone 14.

Kodansha has, believe it or not, no debuts. They have Sailor Moon Eternal Edition 4 (which has been on this list before, it keeps getting delayed) and The Seven Deadly Sins 32 in print.

And in digital, we have Kira-kun Today 7, Love Massage: Melting Beauty Treatment 3, Ran the Peerless Beauty 3, and Tokyo Revengers 7. Definitely getting more Ran.

SEAN: Seven Seas debuts the Sorcerous Stabber Orphen manga, based on the recently licensed light novels. No, this isn’t the manga ADV put out eons ago. It’s a 2016 version that runs in Famitsu Comic Clear.

They’ve also got Classroom of the Elite’s 2nd novel digitally, How NOT to Summon a Demon Lord’s 4th manga volume, Magical Girl Spec-Ops Asuka 6, and the 5th Toradora! novel.

Sol Press has a 3rd volume of Battle Divas, reassuring readers it will not be a full year between each book. 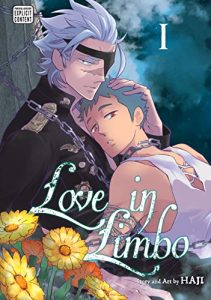 SuBLime has a debut with Love in Limbo, about an ex-soldier who’s not a shikigami in limbo. It runs in Frontier Works’ Daria, which may be the most unintentionally hilarious title for a BL magazine I’ve ever seen.

And there’s also Vol. 7 of A Strange and Mystifying Story.

ASH: I’m still happy that the license for this series was rescued, though I am a couple volumes behind in my reading.

SEAN: Vertical has a 2nd manga volume of Kino’s Journey.

MICHELLE: I’m definitely reading this one.

SEAN: Viz has no debuts, but who cares, because Requiem of the Rose King 10, baby. There’s also the 5th Fullmetal Edition of Fullmetal Alchemist, Radiant 5, Record of Grancest War 3, and YO-KAI WATCH 11, whose title doesn’t know not to use all caps.

MELINDA: REQUIEM OF THE ROSE KING FOREVER because I apparently also have an all caps problem. Also, totally into any edition of Fullmetal Alchemist, anytime, so there’s that.

MICHELLE: I haven’t read volume nine yet so now I get to have a fun little mini-marathon.

ANNA: Me too, it is such a great series!

SEAN: I believe MB will breath a sigh of relief, Pick of the Week-wise, to see Rose King. But what are you getting?