SEAN: Please join us for next week’s crush of titles. Yes, another one. 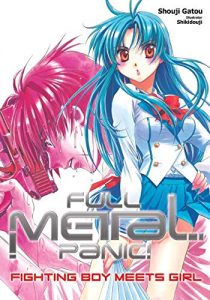 J-Novel Club has a lot of debuts coming up, but this one is a license rescue. Tokyopop released a few of the Full Metal Panic! novels back in 2007 or so, but only got five books in. Now J-Novel Club has the rights, and is releasing new translations. The first volume is out digitally next week, with print omnibuses coming early next year. Please enjoy the only angry tsundere male anime fans never tore apart, Kaname Chidori.

J-Novel Club also has How NOT to Summon a Demon Lord 8, Infinite Stratos 7, My Next Life as a Villainess 3, and The Unwanted Undead Adventurer 4. Everyone should be reading Bakarina.

Kodansha has quite a bit. There’s Battle Angel Alita: Mars Chronicle 6, Fire Force 15, and Toppu GP 4 on the print side.

ASH: As a whole, I think I’ve been enjoying Mars Chronicle more than I ended up enjoying Last Order. If nothing else, the action sequences are engaging. 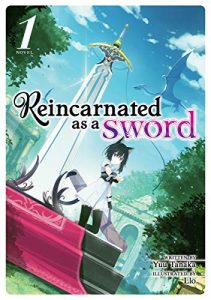 Seven Seas has a light novel digital debut with Reincarnated as a Sword, which… aw, you can guess. He’s reincarnated. As a sword! There’s also a catgirl, apparently.

ASH: There have been so many of this particular type of ridiculous premise of late!

SEAN: There’s also a spinoff manga debut with the first volume of Mushoku Tensei: Roxy Gets Serious. With a soundtrack by Jon Astley.

Vertical has Arakawa Under the Bridge 6, the title that ISN’T Saint Young Men.

ASH: Same! Though, I do enjoy Arakawa Under the Bridge, too.

ANNA: I am confident it will be gorgeous.

SEAN: Yen time. JY has a 3rd volume of Zo-Zo-Zombie. 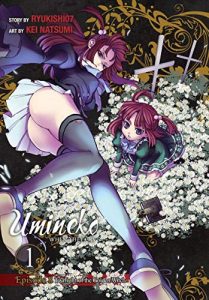 The closest thing Yen has to a manga debut this month is the start of the 8th and final arc of Umineko When They Cry. Titled Twilight of the Golden Witch, this omnibus has the first three volumes, and features some of the best and worst of the series.

Goblin Slayer (manga) 5.
Hakumei & Mikochi 5
Hatsu*Haru 6
High School Prodigies Have It Easy Even in Another World 3
Is It Wrong to Try To Pick Up Girls in a Dungeon: Sword Oratoria (manga) 7

(I hope you’re taking notes, there will be a quiz next period) 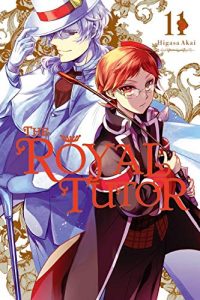 (we’re in the home stretch, folks)

MICHELLE: Yen’s releases are where my attention is this week. Most of that goes to Yowamushi Pedal, of course, but I continue to have the best intentions for reading Silver Spoon and a couple of their shoujo offerings, too. One of these days!

MELINDA: I’m a little stunned by how little there is for me here in a week with SO many releases. But Sean made it all better with his G&S joke. Honestly, that’s worth the weirdly uninteresting (to me) glut.

ASH: I was likewise greatly amused! Out of the bunch Silver Spoon and Yowamushi Pedal are what interest me the most. I’ve also been enjoying Sacrificial Princess and the King of Beasts. And while I wasn’t as taken with their debuts as I had hoped, I would love to see DIVE!! and Nyankees live up to their promise.

SEAN: And that’s it! See? You can probably buy all of it easily. What will you be getting?