SEAN: Wake me when September ends?

Dark Horse starts us off with the official Berserk Guidebook. This is a guide to the world of Berserk, and not a guide to why it’s on hiatus so often, FYI.

ASH: Hahaha! Either way, I’m still picking it up.

Ghost Ship has a 6th volume of To-Love-Ru Darkness. 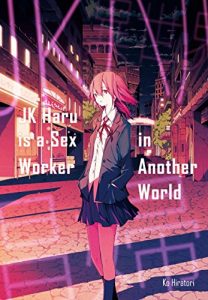 J-Novel Club has two one-shot novels, both very much off the beaten track from the typical light novel. JK Haru Is a Sex Worker in Another World *sounds* like it should be dire, but apparently it’s really well-written and the translator has been pushing it as hard as she can.

And Last and First Idol won oodles of awards, including the prized Seiun Award (the Japanese equivalent of the Hugos), and this collection includes that story and a couple of others.

SEAN: In more typical J-Novel Club fare, we also have How a Realist Hero Rebuilt the Kingdom 7 and In Another World with My Smartphone 10.

Kodansha debuts The Walls Between Us, which is a shoujo title from Dessert starring a girl who is confessed to by her childhood friend. The trouble is, his personality is awful.

SEAN: And they have Back Street Girls 4, Kamikamikaeshi 4, Karate Heat 3, Living-Room Matsunaga-san 4, and Perfect World 6.

In Kodansha print, we have Interviews with Monster Girls 6.

One Peace debuts Hinamatsuri, which seems to be “yakuza meets supernatural girl”. I don’t know much about it, except it runs in Harta, so is awesome by default.

ANNA: I do enjoy the fact that One Peace comes up with some out of left field titles now and then.

MJ: I plan to take a look at this!

SEAN: They also have a 2nd manga volume of Mikagura School Suite. 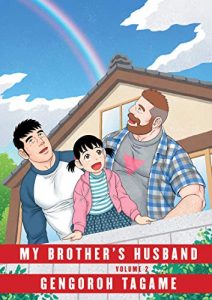 Pantheon has the 2nd and final omnibus of My Brother’s Husband. Can’t wait to read this.

ASH: Yes, this! I am still absolutely thrilled and delighted that this series was translated.

ANNA: Going to try to order it for my library!

MICHELLE: I’m also really looking forward to this one.

SEAN: Seven Seas has a light load, with only Getter Robo Devolution 2 and High-Rise Invasion 3-4.

Udon debuts a manga that does not have the word “Persona” in its title! Otherworldly Izakaya Nobu is a Young Ace title that features an izakaya whose food can literally transport you elsewhere.

ASH: Hooray for more fantasy food manga! (Or is it food fantasy manga?)

ANNA: Food manga is always a genre to be treasured.

SEAN: Vertical has a 3rd volume of CITY.

Viz debuts the perfect edition of 20th Century Boys. If you haven’t read this title before, this is a great way to get it. If you have, you may want to get it anyway. It has bells and whistles.

MICHELLE: I will never not love the opening pages in which T. Rex’s “20th Century Boy” is played over a school intercom.

SEAN: There is also Children of the Whales 6 (meh) and Golden Kamuy 6 (yay!).

ASH: I’ve fallen very far behind on Children of the Whales but Golden Kamuy is always a reading priority for me.

SEAN: Yen has no light novel debuts, but they do have a number of ongoing titles. Accel World 15, Death March to the Parallel World Rhapsody 6, Goblin Slayer 5, The Irregular at Magic High School 9, Overlord 8, A Sister’s All You Need 2, Strike the Blood 10, and the 2nd Sword Art Online Alternative: Gun Gale Online. 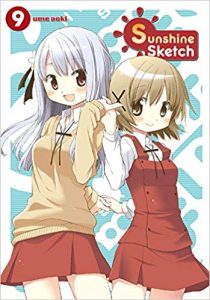 ASH: I’m looking forward to reading the last bit of Erased, myself.

SEAN: So, to sum up: September’s not over. What are you getting?