SEAN: Yikes. Thanks to Yen shifting half their March releases into April, we have another punishing week.

But first, Kodansha once again did a last-minute release on me. Already out this week is You Got Me, Sempai (Mairimashita, Senpai), a shoujo title from Dessert which I will add to the stack.

MICHELLE: I’ll probably check this one out.

SEAN: As for next week, Dark Horse gives us a 2nd volume of Hatsune Miku: Future Delivery.

J-Novel Club debuts Arifureta Zero, a spinoff prequel to the series showing those who built the dungeons in the first place.

They also have a 4th Faraway Paladin (technically the 5th, as the 3rd was split into two parts).

Back to Kodansha Digital, who have two new releases this week. A.I.C.O. Incarnation is based on the anime from Studio Bones, and is a Shonen Sirius title. 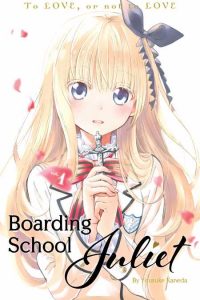 And Boarding School Juliet (Kishuku Gakkou no Juliet) is a Weekly Shonen Magazine title about a modern day manga Romeo and Juliet. Of the digital debuts I’ve mentioned, this is the one that most intrigues me.

MICHELLE: I am placated by having had several sportsy releases last week.

SEAN: On the print front, we have Attack on Titan 24, Cardcaptor Sakura: Clear Card 3, The Heroic Legend of Arslan 8, In/Spectre 7, and Love & Lies 5. In/Spectre is supposed to be starting a new manga-only arc.

MELINDA: I haven’t even tried out the new CCS series. Bad CLAMP fan, bad. I should get on that.

ANNA: I haven’t either but I feel less enthusiastic about late CLAMP as opposed to early CLAMP.

ASH: I’m liking it so far, although it hasn’t really distinguished itself yet.

SEAN: Seven Seas has three titles out next week. There’s a 3rd Akashic Records of Bastard Magical Instructor, a 14th Magical Girl Apocalypse, and the 10th My Monster Secret, which will finally resolve its main plot hook. Not that this means it’s ending, of course. There’s still a lot of laughs to go.

SuBLime has a 6th Deluxe Edition of Finder. 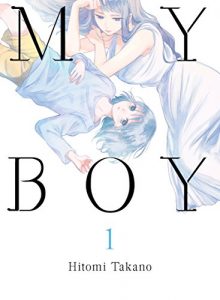 Vertical debuts My Boy (Watashi no Shounen), or as I like to call it, “Hoo boy.” It’s an award-winning title from Futabasha’s Monthly Action, about the growing friendship between a 30-ish office lady and a 12-year-old boy, and how ambiguous their relationship is. It’s apparently very well-written and very tasteful, and I will be giving it a shot, despite my reaction being, as I said, “Hoo boy.”

ANNA: I will pass on this.

SEAN: Viz has new volumes of Case Closed (66) and Magi (29). Itsuwaribito finally comes to an end as well with its 23rd volume.

Their debut this week is not manga, but will no doubt heavily appeal to anime fans: Homestuck Book One collects the popular and meme-spawning webcomic-ish thing.

ASH: I’m curious to see how well this translates into print considering the multimedia nature of the original. (It’s also interesting to see Viz continuing to expand beyond strictly Japanese content.)

SEAN: And now for the rest of Yen’s March titles, coming to you in April. Yen On has the 13th Accel World. 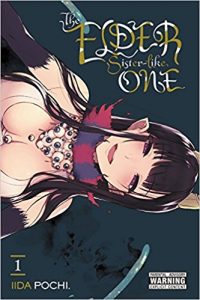 There are also a few debuts. The Elder Sister-Like One (Ane Naru Mono) is a Dengeki G’s title from ASCII Mediaworks that asks the question we’ve all wanted to know: What if Cthulhu was your big sis? It is based on a pornographic work, but I believe isn’t actually one in this version. Expect fanservice, though.

Mermaid Boys is a shoujo title from the late lamented Aria magazine, and seems to be a gender-reversed Little Mermaid. Can this be the rare Yen Press title that Anna will be interested in?

ASH: I’m looking forward to giving it a try!

SEAN: And where you have Mermaid Boys, you must also have Monster Tamer Girls (Kaijuu no Shiiku Iin), though the two series are not connected. This is a Houbunsha title from Manga Time Kirara Forward, and I don’t know much about it.

ASH: I don’t know much about it, either, except that it’s a short series about the care and feeding of kaiju.

SEAN: And there is Though You May Burn to Ash (Tatoe Hai ni Natte mo), a Young Gangan horror/thriller title that is a survival game manga and oh wait, I stopped caring.

SEAN: Ongoing Yen titles? We have plenty. Alice in Murderland 8, Angels of Death 2, The Betrayal Knows My Name 8 (Melinda alert here), Bungo Stray Dogs 6 (Ash alert here), the 4th Erased omnibus, a 7th Love at Fourteen (they’re 15 now, but hey), a 2nd One Week Friends, a 2nd manga volume for So I’m a Spider, So What?, a 5th Spirits & Cat Ears, a 2nd A Terrified Teacher at Ghoul School, the 2nd three-volume omnibus of Umineko: When they Cry: Requiem of the Golden Witch (Sean alert here), and your name 3.

MELINDA: Noting the alert here. I also like Erased, so there’s that.

ASH: Same! I’m still getting a kick out of all of the literary references in Bungo Stray Dogs, but the penultimate volume of Erased is what I’m really interested in this week.

SEAN: This is, frankly, far far too much. It’s getting ridiculous. Are you getting anything?