SEAN: Will you be my manga valentine? Well, it depends what’s coming out.

J-Novel Club gives us a 3rd volume of Clockwork Planet.

Kodansha has its usual pile of stuff. On the print end we have the 5th Aho-Girl, a 5th Descending Stories, an 8th Fire Force, and a 4th Love & Lies.

MICHELLE: I finally started Descending Stories and am really liking it so far!

ASH: I’m reading and enjoying Descending Stories, too! I also found the beginning of Love & Lies to be intriguing.

MICHELLE: Alas, I have failed to start Kokkoku or Lovesick Ellie. One of these days. 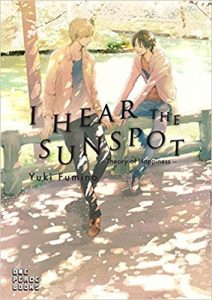 SEAN: One Peace gives us a sequel to I Hear the Sunspot, subtitled Theory of Happiness.

ANNA: I really liked I Hear the Sunspot. Looking forward to this!

ASH: I Hear the Sunspot was wonderful and so is its sequel. I hope to see the next volume released in English, too!

MELINDA: This makes *me* really happy. In theory. (Sorry, I’ve definitely had too much coffee.)

SEAN: They also mercifully give us the 14th and final volume of Maria Holic. I thank them for rescuing the series and putting it out in full for its fans, of whom I am not one.

Seven Seas has a bevy of titles. There’s a 7th volume of Citrus, whose anime is currently airing; a 15th Haganai: I Don’t Have Many Friends, which may actually start trying to resolve things; Magical Girl Site 5; and the Testament of Sister New Devil STORM! 2, which needs to crossover with Akame Ga KILL!.

The debut next week is MaMaMa: Magical Director Mako-chan’s Magical Guidance, a one-off comedy manga from the creator of Monster Musume. Despite that, I plan to check it out. 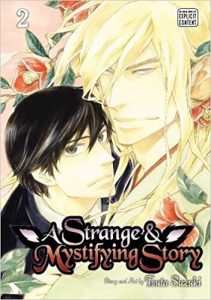 SuBLime has three new volumes, as we see Awkward Silence 6, the 5th deluxe edition of Finder, and a 2nd volume of A Strange and Mystifying Story.

ASH: I’m still very happy that the license to A Strange and Mystifying Story was rescued.

MELINDA: Hm, I’ve been avoiding that title just on its premise, but an endorsement from Ash makes me think I should reconsider.

ASH: It admittedly has some questionable elements to it, but the series was starting to take some intriguing directions when it was initially left in limbo.

SEAN: Vertical has a 2nd omnibus of strange yet… no, just strange series Arakawa Under the Bridge, as well as an 11th Cardfight!! Vanguard.

ASH: Arakawa Under the Bridge is indeed very strange, and I love it for that fact.

SEAN: Viz has an 8th digital edition of The Children Nowadays, which one day I will find the time to check out.

And it’s Shonen Sunday time, which is #3 but tries harder, with a 31st Hayate the Combat Butler (still at twice per year) and a 28th Magi (mercifully still at 6 times a year). I look forward to both equally, I suspect the rest of the MB team is leaning towards the latter.

SEAN: So do any of these Valentine week releases make your kokoro go doki doki?