SEAN: We start off with Dark Horse, which has a 2nd volume of Hatsune Miku: Rin-chan Now! 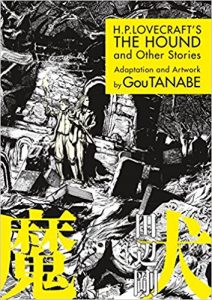 They also have the first in a series of collections of H.P. Lovecraft manga, The Hound and Other Stories. These are by Tanabe Gou, who seems to specialize in Lovecraft horror manga adaptations, and ran in Enterbrain’s Comic Beam (something Dark Horse actually point out, showing how big a name Comic Beam now has among Western manga fans).

ASH: Wow, two Dark Horse titles in one week? I don’t really have a particular interest in Hatsune Miku, but The Hound and Other Stories looks to be very intriguing.

SEAN: J-Novel has 3 titles coming out next week, as they continue to increase their publications. We get the 2nd Arifureta: From Commonplace to World’s Strongest, which is very, very “what teenage boys with a power fantasy want”.

ASH: For those who prefer physical media, it was recently announced that Seven Seas will be working with J-Novel to release Arifureta in print, too.

SEAN: And we have the 4th I Saved Too Many Girls and Caused the Apocalypse, which I find slight but amusing.

And the 4th Mixed Bathing in Another Dimension, a title I enjoy far, far more than its fanservicey title deserves. Can’t wait.

Kodansha still has digital Del Rey rescues, with Alive 19 and School Rumble 21 (which may be its 2nd to last, depending on whether Kodansha cares about the one-volume School Rumble Z or not).

There’s a pile of print releases for once, starting with Aho Girl, a broad 4-koma series (which Kodansha itself noted they rarely do) about the titular girl, who is… well, as the title says. It runs in Weekly Shonen Magazine, and is best known as the 4-koma that isn’t Seitokai Yakuindomo.

In/Spectre seems like it may be coming to a climax, though I’m not sure how many volumes the manga will be. This is the 5th.

In digital news, there’s a 3rd Kasane coming out. 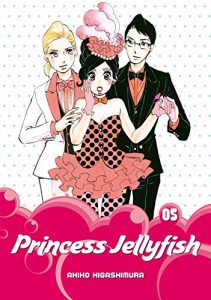 Princess Jellyfish has a 5th omnibus, as they try to save the farm by putting on a show in best Judy Garland/Mickey Rooney style.

ASH: I’m still thrilled this series was picked up for a print release. (Also, here’s hoping that Kodansha’s recent “digital-first” trend is truly digital-first and that we’ll eventually see titles like Tokyo Tarareba Girls in print, too.)

ANNA: Looking forward to this as well!

SEAN: Kodansha also has the 7th Sweetness and Lightning.

ASH: I’m really enjoying Sweetness and Lightning. It can be bittersweet and absolutely adorable in turns.

SEAN: The other print debut is Waiting for Spring, a “shosei” manga from Dessert about a shy girl who gets some life lessons from a group of handsome men. Despite that description making me wary, it’s apparently pretty cute and fluffy.

MICHELLE: I am cautiously optimistic.

SEAN: The last Kodansha title this week is the 6th Welcome to the Ballroom. Will we finally get a more permanent dance partner for our lead?

One Peace has a 5th Kuma Miko, which some comics shops may have gotten already. It’s highly beariable.

ASH: I tend to enjoy Morinaga’s manga, but I still liked Hana & Hina After School more than I was expecting.

And lastly, a 7th volume of Magika Swordsman and Summoner (has he hit 72 yet?). 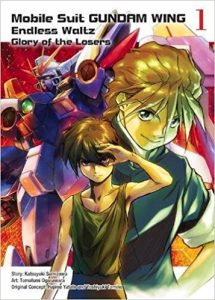 SEAN: Yen On’s titles mostly ship the week after next, but next week does give us the 3rd and 4th Sword Art Online: Progressive volumes digitally.

A mere 4 years after the last volume, here is the 7th The Betrayal Knows My Name. That should excite folks.

And Death March to the Parallel World Rhapsody has a 4th book.

Yay, a book I’m buying! An 8th Horimiya, a series I always look forward to.

ASH: It is a great series. 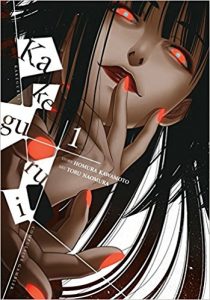 A print debut for a digital-only title from a while back, now getting an anime, Kakeguri – Compulsive Gambler combines the thrills of survival game-style manga with the joys of gambling.

ASH: While it’s not Kaiji, I’m still rather curious about this series.

Liselotte & Witch’s Forest has its 5th volume, which may catch us up with Japan – the author has been busy with her incredibly mediocre sequel to Fruits Basket lately.

SEAN: And an 8th Monthly Girls’ Nozaki-kun, which I think has also caught up with Japan, though that’s for more normal reasons.

MICHELLE: I might have to hoard this one for a rainy day.

ASH: I can’t blame you for that; Monthly Girls’ Nozaki-kun is SO GOOD! It always makes me happy to read it.

SEAN: Watamote, whose title is too exhausting to type out, has its 10th book.

The Royal Tutor is moving fast now that it’s in print – here’s Book 2.

ASH: The first volume was a little goofy, but fun!

SEAN: And we get a 2nd Smokin’ Parade.

There is also a 7th Taboo Tattoo.

Lastly, we have a 13th volume of Triage X, which is lucky for me as I’m not reading it.

SOOOOOOO much. What interests you?