Dark Horse has the 4th and final volume of Dangan Ronpa. Will anyone survive? And will any more manga spinoffs be licensed? 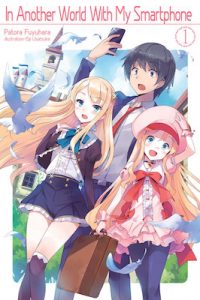 J-Novel Club debuts another series with a ludicrous-seeming premise, In Another World With My Smartphone. Still, they’ve won me over with ridiculous books before…

ASH: Though I’ve fallen way behind in my light novel reading, I do continue to be amused by the absurdity of some of these titles.

ANNA: That is sort of hilarious, but I’m just not a light novel reader. If only someone would bring back the 12 Kingdoms books…..

ASH: YES! I would love that so much.

MICHELLE: I was thinking about those books just the other day! I also would read the Saiunkoku light novels.

SEAN: Kodansha has a pile of stuff, including three more digital debuts. Altair: A Record of Battles is a long-running manga from Shonen Sirius, and it’s supposed to look fantastic. Also, more historical manga, yay! Basically, this is the sort of title the Off the Shelf column was made for.

ASH: I was not aware of this series at all! Definitely sounds like something that I’d be interested in reading.

MICHELLE: I don’t know much about it, but many of the covers are gorgeous, so that’s encouraging.

ANNA: Huh, this does sound intriguing.

SEAN: BLAME! Academy And So On is a spinoff of the main BLAME! manga that I think is similar to Spoof on Titan. It’s also digital only.

MICHELLE: I don’t know… I really loved BLAME!, perhaps to the point where I wouldn’t find a spoof amusing.

And some series are ending, as we get the 7th and final volume of Forget Me Not. 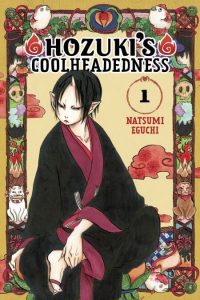 The next digital debut next week is also a “Hey, Michelle and Melinda!” sort of series. Hozuki’s Coolheadedness is a long-running series from Weekly Morning, about a deputy of the King of Hell and his daily life. It’s won awards.

ASH: I’ve seen a little bit of the anime adaptation and it was great fun. I suspect the manga is as well!

MELINDA: Oh yeah, this, so much this.

SEAN: Kodansha has a 3rd volume of In/Spectre and its wonderfully annoying female lead, who I love.

Lastly (at least digitally) is Museum, which runs in Young Magazine and looks dark and depressing as hell.

MICHELLE: I don’t typically go for dark and depressing, but this one seems to be a mystery complete in three volumes, and that does have some appeal.

SEAN: And a 4th volume of That Wolf-Boy Is Mine.

MICHELLE: I’m looking forward to this, which I believe is also the final volume.

SEAN: UQ Holder has transitioned from weekly to monthly in Japan, and that seems to mean volumes are coming out slower here as well. Here’s the 10th volume.

Seven Seas has some stuff as well. A Centaur’s Life never fails to puzzle and confuse me with what demographic it’s actually aiming for, even at its 11th volume.

Lord Marksman and Vanadis has a 3rd volume of fantasy action.

And there’s a 6th Merman in My Tub, which I think may have caught up with Japan.

More BLAME!, as Vertical is releasing the 3rd of its giant omnibus editions.

MELINDA: These really look so nice. 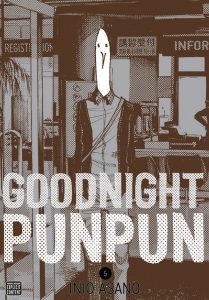 ASH: Goodnight Punpun continues to devastate me, but I still find it compelling.

ANNA: I don’t think I have the emotional fortitude to read it yet.

ASH: It does take a fair amount; I have to time my reading carefully.

MICHELLE: I feel much the same, Anna.

SEAN: As well as another volume of Master Keaton, now in double digits.

ANNA: I love this series.

SEAN: And there always seems to be more Terra Formars, with its 17th volume.

Hooray! That’s it… oh wait, Yen. In fact, we’re not even halfway there. (sobs)

Yen On has 4 books this month, i.e. it’s a very light month for them. First off, Accel World 9 finally finishes off its huge 4-book arc.

Durarara!! also wraps up another arc with its 6th volume. All I can say is: pen. DRRR fans will know what I mean.

Log Horizon’s 7th volume shows us what Shiroe and his group were doing while the events of Book 6 happened.

And Re: Zero shows us Subaru trying desperately not to get killed by his maids.

Oh yes, and for digital lovers, volumes 7-10 of Spice & Wolf’s novels are also out next week.

Now for all the manga they’re releasing. Accel World also has a manga release with its 7th volume.

The Asterisk War gets a 3rd manga volume. 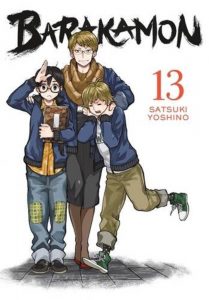 Always enjoyable Barakamon has lucky Vol. 13, and I find I no longer keep comparing it to Yotsuba&!.

MICHELLE: I still plan to get caught up on Barakamon soon. I have a huge pile.

SEAN: Blood Lad has an 8th omnibus, and is nearing the finale but is not quite there yet.

MICHELLE: Yay! I haven’t read this series in ages.

SEAN: There’s a 3rd volume of the Boy and the Beast manga adaptation.

As well as a 2nd Bungo Stray Dogs.

ASH: As someone who is somewhat well-versed in Japanese literature, I got a huge kick out of the first volume and plan on reading more. I’m not sure the series works as well for people who don’t catch most of the references, though.

MELINDA: I plan on checking this out.

MORE manga adaptations of light novels! An 8th Devil Is a Part-Timer!.

Dragons Rioting has a 6th volume of what still appears to me to be mostly breasts.

Fruits Basket’s Collectors Edition has reached its penultimate volume, and features more angst than you can shake a stick at.

SEAN: There’s a 5th print volume of Handa-kun as well.

We have reached the last volume of He’s My Only Vampire, and while I enjoyed it, I am also very happy to see it’s ending.

ANNA: One of the few vampire titles I haven’t read!!!

SEAN: The Honor Student at Magic High School continues to be irritatingly ahead of the light novel release with Vol. 6.

Kiniro Mosaic has a 2nd volume of cute girls being cute and maybe sort of yuri. 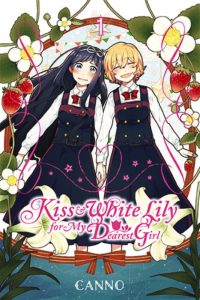 Then more yuri with the debut of Kiss and White Lily for My Dearest Girl, which may be from Comic Alive but is apparently on the ‘sweet and cute’ end of the yuri spectrum.

ASH: I plan on giving this one a look! The cover is adorable if nothing else.

MICHELLE: I’m looking forward to this one, too! My friend said, “It’s S. A with lesbians!”

SEAN: Love at Fourteen finally returns with a 6th volume, and let’s face it, these kids are fifteen now.

MICHELLE: Heh. Another series on the read-me-soon pile.

SEAN: EVEN MORE manga adaptations of light novels, with the 4th OreGairu manga, which it too long to type out.

Speaking of long titles, a 6th Of the Red, the Light and the Ayakashi.

ASH: I really need to catch up with this series! I enjoyed the early volumes, but have fallen behind.

SEAN: Return of the Son of manga adaptations of light novels, with the 6th Strike the Blood manga.

Manga Adaptations of Light Novels Must Be Destroyed with the 5th Sword Art Online: Progressive manga, which as always needs MORE ARGO.

Twinkle Stars has a 2nd omnibus, and I suspect will continue to deal with not being Fruits Basket.

MICHELLE: But it’s so good!

MELINDA: I am behind on this, and can’t even quite believe I let that happen!

So that’s 48 titles, and that’s not even counting the 2 that Yen delayed to the week after next just because. I think this is a new record. What say you?