SEAN: A relatively light week next week, relatively being the operative term. But first, let’s double back and look at titles out THIS week that weren’t announced till the weekend. 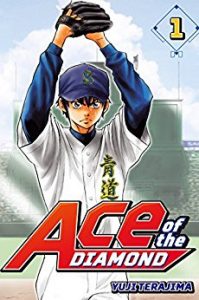 Remember how we used to say you couldn’t sell sports manga over here? Or 40+-volume series? Clearly digital-only is a good way to test the waters on flouting that rule. Case in point: The debut of Ace of the Diamond, a baseball manga that ran in Shonen Magazine from 2016-2015, and then, like many baseball manga, started up again with Season 2. It will be interesting reading a non-Adachi baseball series.

ANNA: Interesting. I don’t know if I’m up for 40+ volumes but I will check it out.

SEAN: All-Rounder Meguru is a mixed martial arts manga from the creator of Eden: It’s An Endless World, though hopefully a bit less bleak. It ran for 19 volumes in Evening magazine.

And Giant Killing is another 40+ volume manga, this time about soccer, that runs in Weekly Morning. Naturally, being long-running sports manga, the primary audience in the West for these titles will be female BL fans.

ASH: Wow! Kodansha is really killing it (sorry, I couldn’t help myself) with the recent digital releases! I’m very excited to see Giant Killing and All-Rounder Meguru being added to the mix.

MELINDA: I doubt I have the patience for either of the epic sports manga on this list, but I like watching Michelle’s squee.

MICHELLE: I will likely always have an abundance of squee for sports manga. 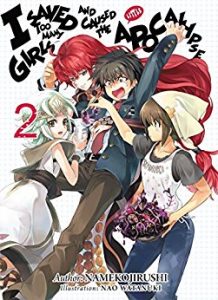 SEAN: Also, Persona 3’s 3rd volume from Udon moved up a week without me noticing. Whoops.

ASH: Can’t really blame you for that; sometimes I wonder if Udon even knows when it will be releasing something…

SEAN: Now onto titles actually out next week. J-Novel Club has some more volume twos, as we get another I Saved Too Many Girls and Caused the Apocalypse, which presumably adds more girls.

We also get the 2nd Mixed Bathing in Another Dimension, which is probably the biggest surprise of all J-Novel’s titles for me as I really enjoyed it.

Kodansha has a 4th Complex Age, which mixes cosplay and drama quite well.

SEAN: They also have the 2nd digital volume of House of the Sun, which seems to be on a much faster publishing schedule than the other new digital volumes.

MICHELLE: Ooh! I’ll definitely be checking out these two.

SEAN: One Peace has a 9th volume of not-really-yuri series Maria Holic. 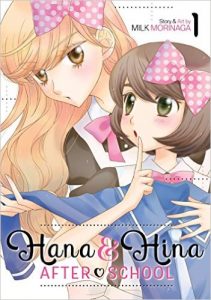 Seven Seas has the debut of Hana & Hina After School, which is really yuri. It’s by Milk Morinaga, probably the most prolific yuri manga artist in terms of North American licenses.

They also have a 2nd Seven Princes of the Thousand Year Labyrinth, which hopefully continues to be, as I called it, “the most Comic Zero-Sum series ever”.

ASH: That really does seem to be an apt description.

SEAN: SuBLime gives us a new side story for Don’t Be Cruel, subtitled Akira Takanashi’s Story, though it’s unclear who this volume will focus on. (How’s my deadpan?)

SEAN: And they have the 8th volume of the Finder Deluxe Edition.

ASH: While this is the eighth volume, it’s the first one to be released since SuBLime took over the series. (Previously, it was released by Digital Manga.) The actually first volume in this edition will be released later this year; it’s nice that SuBLime isn’t making readers wait for the most recent content.

SEAN: Vertical has a 5th volume of Mysterious Girlfriend X, which I think is approaching its climax. 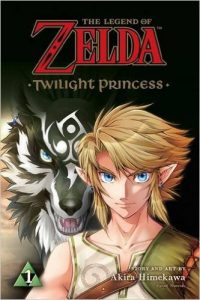 Viz not only has the 3rd Legendary Edition of The Legend of Zelda, which has both Majora’s Mask and A Link to the Past, but also the first volume of the latest in the series, Twilight Princess.

ASH: Unlike some of the other games (I’m a bad Zelda fan), I’ve actually played Twilight Princess. I’m looking forward to its adaptation.

SEAN: At last, the final omnibus of Viz’s re-release of Ranma 1/2! It even ends with a wedding! Don’t let that fool you, though, this is still Takahashi at her most Takahashi. Still well worth reading.

SEAN: And there’s a 23rd volume of Rin-Ne, which apparently will have a surprise announcement in Japan soon. New anime season? Spinoff? They found Sakura’s repressed rage?

As I said, light week is relative. What’ll you be getting next week?