SEAN: Third weeks of the month: almost like second weeks, but they seem different, mostly as Viz tends to put out its blogger-friendly titles here. What’s happening next week? 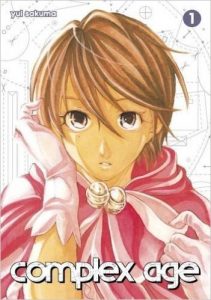 Kodansha debuts a new seinen series that ran in Morning magazine, which means I am already well-disposed to it. Complex Age features a cosplay fanatic who is being forced to acknowledge reality, which is that she’s now an adult with adult concerns, and can’t pull off the 14-year-old magical girl look anymore. This should be good.

ASH: I actually just reviewed this! It is indeed good.

MELINDA: That actually does sound good.

SEAN: And Fairy Tail has reached 54 volumes, meaning I think it has achieved its goal of being the Kodansha version of One Piece quite well.

And speaking of juggernaut franchises trying to catch up with Japan, here’s the 15th volume of Noragami. (I think it catches up by next month.)

ASH: I’ve got some catching up to do, but I have been enjoying Noragami.

SEAN: Seven Seas gives us two more volumes of fighting and fanservice manga Freezing, with Vol. 9 and 10 in one omnibus.

SEAN: Viz has a second omnibus of Goodnight Punpun, which reminds me to start feel guilty about being not even halfway through the first, even though its quality is obvious. 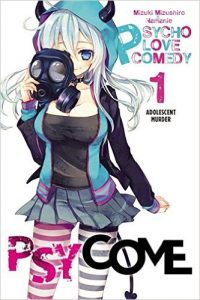 ASH: The first omnibus was extraordinary, heartbreaking and surreal.

ANNA: I feel guilty I haven’t read the first volume yet too.
SEAN: Insurance madness continues with the 7th Master Keaton collection.

MICHELLE: I am woefully behind on this one.

Lastly, Yen On debuts a new series, Psycome. This is short for ‘Psycho Love Comedy’, and it comes from Enterbrain. Our hero is sent to prison for killing a dozen people (he’s actually innocent), and ends up in a prison filled with girls, all of whom are killers and all of whom proceed to obsess on him. This could be funny or dire, honestly. To be fair, it is a Yen On title that doesn’t involve fantasy worlds or gaming, though the prison itself seems like a fantasy. To be fairer, it’s only 6 volumes long, making it the rare Yen On license that isn’t ongoing in Japan.

Buy these manga or I’LL KILL YOU… nah, yandere doesn’t work when it’s me. What are you getting?