SEAN: Third weeks of the month tend to be grab bag weeks, and this is no exception, but as with most grab bags, there’s always something in there that’s of interest. 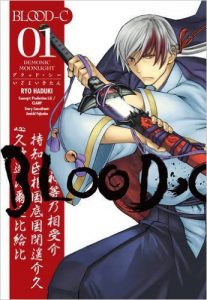 For those who were eagerly awaiting the new volume of Blood C, I got nothing. But we do have a spinoff from that series, titled Demonic Moonlight, coming from Dark Horse.

ASH: Huh, I think I missed this particular license being announced. Granted, I’ve not read Blood C, either.

SEAN: Cage of Eden has slowed down its release schedule, but it’s still going, and has reached its 20th volume from Kodansha.

And Devil Survivor is more than halfway over with its 5th volume.

Kodansha also has a 2nd volume of haremnesia series Forget Me Not.

SEAN: And a 14th Noragami, which I believe still has one or two fans.

ASH: It does and I’ve been enjoying it, too, though I’m terribly behind.

SEAN: One Peace has the 3rd volume of the manga adaptation of Rise of the Shield Hero.

Seven Seas has a trio of releases. Devils and Realist is up to Volume 9, and still features very handsome demons.

ASH: Yet another series I’ve fallen behind on, but the artwork and demons are very pretty.

SEAN: If you love Monster Musume, you’ll be delighted at the new spinoff, I Heart Monster Girls. 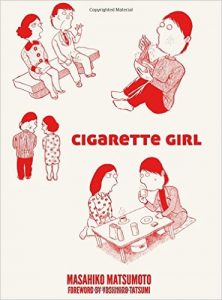 A late entry that came out this week. Blame Amazon not actually classifying it as manga. Top Shelf has a collection of stories by Masahiko Matsumoto, famous gekiga and alternative manga artist. It’s called Cigarette Girl and looks absolutely fantastic. A must for fans of manga history.

MELINDA: Oh! Yes! Something I actually care about! Glad to see this on the list!

Vertical debuts To The Abandoned Sacred Beasts, another in what is proving to be a lucrative line of ‘dark fantasy’ series.

ASH: Dark fantasy? I am intrigued.

SEAN: And Terra Formars from Viz has now hit a dozen volumes.

Lastly, we see a 4th Ultraman. A reminder that it’s a sequel to the beloved original TV show.

Are you grabbing something from this grab bag of manga?