SEAN: There’s a lot of variety out next week. Something from almost every major publisher. 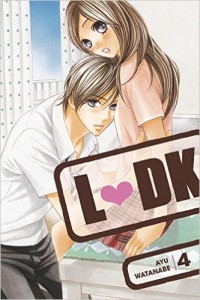 Kodansha gives us a fourth volume of L♥DK, everyone’s favorite “what is this thing you call consent?” shoujo romance.

Also reaching Vol. 13 is Say “I Love You”, which was introduced at the same time as My Little Monster but has zoomed past it, moving on to new volumes and new complications.

MICHELLE: I’m glad that one of them at least is still going to be around a while!

ANNA: So far behind on this, I feel guilty.

SEAN: And there’s the penultimate 6th volume of A Silent Voice, which ended with a hell of a cliffhanger last time, so I’m expecting some very good resolution from it.

ASH: I’m a few volumes behind, but this is such a great series.

SEAN: One Peace has the 2nd volume of the manga adaptation of Rise of the Shield Hero (they call it a “manga companion”, but I think it’s just a standard adaptation of the light novel).

SEAN: Seven Seas has enjoyed giving us some bleak horror lately, and for those who love it, here’s a 7th Magical Girl Apocalypse.

I was surprised by how much I enjoyed the first volume of My Monster Secret, and so look forward to the second. 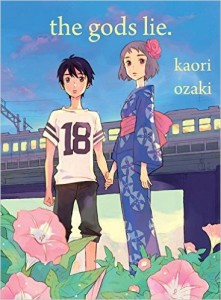 Vertical debuts a one-shot called The Gods Lie, which they are touting as a sports manga license. I suspect their tongue is firmly in their cheek, but either way it will be worth your time.

MICHELLE: I’m looking forward to reading this one.

ASH: As am I! I loved Immortal Rain, so I’m glad to see more of Ozaki’s work being released in English.

MICHELLE: Oh, I hadn’t made that connection! Awesome!

ANNA: What!!!! I have the first two volumes of Immortal Rain and am sad I didn’t pick up the whole series when it was in print. This is now in my Amazon cart!

MELINDA: Oh, this is exciting!

SEAN: And there’s a 4th Ninja Slayer volume. Are there ninjas? Will they slay? Read on to find out!

SEAN: There’s also an 8th volume of the Perfect Edition of Monster.

And a 6th Tokyo Ghoul, which everyone loves but which I am strangely indifferent to.

MELINDA: If it makes you feel better, I haven’t gotten into it, either.

SEAN: Yen, meanwhile, is releasing its light novels a week before its other stuff, which is nice of them. That means we get a 3rd volume of Black Bullet, with its loli killers.

There’s a 4th volume of “what if Satan worked at McDonald’s” favorite The Devil Is A Part-Timer!. And if you like digital titles (as I do), Vols. 1-4 will be available digitally next week as well. 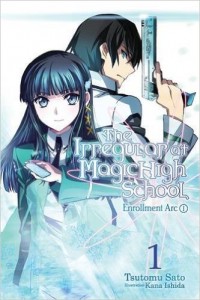 The Irregular at Magic High School finally debuts, and it’s apparently one of the most polarizing titles in Western anime fandom. I’ve heard it called “Batman at Hogwarts”, myself. Also, is the term Mary Sue – or in this case Gary Stu – even relevant anymore?

And there’s a 5th volume of Is It Wrong To Try To Pick Up Girls In A Dungeon?, and its title continues to be the worst thing about it – I am eager for more.

Spice & Wolf comes to an end with its 17th novel, proving that you can combine cute wolf girls and economic theory if you try.

ASH: I stopped reading about half-way through, but I am glad to see that Yen was able to publish the entire series.

SEAN: Lastly, the 7th Sword Art Online novel, Mother’s Rosary, is widely considered one of its best, possibly as Kirito plays only a minor role. Asuna fans should be very happy.

MELINDA: I’m down for this.