SEAN: Technically, this is the smallest week of the month. That does not mean there aren’t a lot of titles, just slightly less than the deluge of the other weeks. 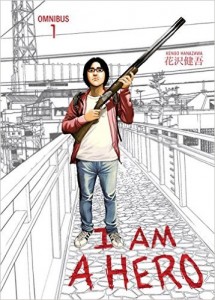 MICHELLE: I’m eager to see reviews of this, as I can’t tell yet whether it’s something I’d like.

ASH: I’m very excited for this one, even considering that I’m a bit burned out on zombies.

ASH: I’m so glad that Lone Wolf and Cub is back in print in its entirety in an edition that doesn’t cause as much eyestrain.

SEAN: And we have a giant omnibus of the Evangelion spinoff Campus Apocalypse, which is a sort of shoujo-ish BL-ish mystery-ish take on the series. Ish.

SEAN: Kodansha theoretically gives us a 34th volume of Air Gear. I say theoretically as of all the titles that have sliding release dates, Air Gear’s has been the most egregious – don’t blame me if it’s delayed till August by next week.

Attack on Titan: Before the Fall turns out to be a much longer spinoff than I expected, as we’re at 7 volumes and still running.

Fairy Tail 53 continues… some plot, I guess, I’m about 20 volumes behind by now, alas. There will be fights and nudity, no doubt. The staple of all Shonen Magazine series.

And Tsubasa World Chronicle 2… I got nothin’, sorry. Melinda?

MELINDA: I… don’t either. I admit I haven’t been reading this, and suddenly I’m feeling kinda guilty.

MICHELLE: I can’t remember whether I didn’t know this existed or whether I did and promptly forgot. Which is worse? I dunno; I guess I’ve still got CLAMP fatigue.

SEAN: Seven Seas has the 4th volume of dark romantic fantasy The Ancient Magus’ Bride, which I quite like.

And also a 3rd of Monster Guy gag manga Merman In My Tub. 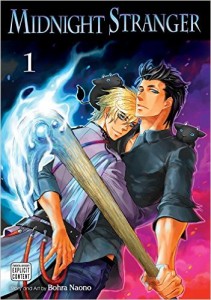 SEAN: Udon has the 3rd volume of Steins;Gate and its damned semicolon of awful.

Viz gives us a 58th volume of Case Closed, which is a lot.

And a 17th Itsuwaribito, which is another series that turns out to be much longer than I had originally expected.

There’s also a 17th Magi, but I’m absolutely delighted that it’s running this long. I still boggle this is written by the same person who gave us Sumomomo Momomo.

MICHELLE: It is?! I never noticed.

SEAN: Lastly, there’s a new manga debut with Monster Hunter: Flash Hunter, which I think is primarily for the PokeMarket, though I could be wrong.

As with many 2nd weeks of the month, it’s very much a hodgepodge of stuff. What catches your eye?