SEAN: Third weeks are usually the most diverse manga weeks. And that’s the case here, with lots of new titles debuting. Let’s see what we’ve got. 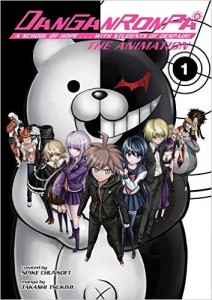 Dark Horse gives us the first volume of Dangan Ronpa: The Animation, which contrary to its name is indeed a manga. It’s based on a game and has had tons of adaptations – this is the Shonen Ace one. A lot of folks I know like it, but it is set in a school where people die one by one, so be warned.

And there’s a 3rd Oh My Goddess! omnibus as well.

Kodansha has a couple of debuts next week. Forget Me Not (aka Soredemo Boku wa Kimi ga Suki) is a somewhat ecchi romance from the Shonen Magazine group (it’s been in both Weekly and Betsu), and should appeal to fans of Suzuka and other titles where you just scream in rage and bafflement at the male lead for months on end.

Kosuke Fujishima, author of Oh My Goddess!, actually finished that series, and so needed something to draw. That something is Paradise Residence, whose first omnibus volume is due out next week. It runs in Afternoon. I’m not sure if this collects Vol. 0 and 1 or 1 and 2 – it’s that kind of series. It also has a female lead at an all girls’ school, because Fujishima knows no one reads his series for the men.

MICHELLE: I’m kind of interested in this one, though I know virtually nothing about it.

SEAN: Seven Seas has a 4th omnibus of Freezing, with lots of girls fighting and being busty.

And the fourth and final volume of Evergreen, the bittersweet not-quite-romance from the author of Toradora!.

Vertical has the 7th My Neighbor Seki, which I think catches us up with Japan, so it may be a while till Seki 8.

ASH: My Neighbor Seki is still an utterly delightful series.

SEAN: They also debut a quirky romance called Mysterious Girlfriend X, which also ran in Afternoon. It’s an omnibus of the first two volumes, and should be fun to read provided you’re OK with drool. If you aren’t, this is probably not the title for you.

ASH: I actually know quite a few people who are excited about this series; I may need to check it out, drool and all.

ANNA: I know I am not ok with drool and will be skipping this. 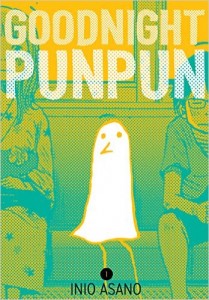 SEAN: The big debut this week for bloggers, who never met a depressing artsy manga they didn’t love, is Goodnight Punpun, a series by Inio Asano, author of Solanin, Nijigihara Holograph, etc. This is his longest series, I believe, and ran in Young Sunday (then Big Comic Spirits when YS folded). It’s extremely weird, extremely cruel, and extremely heartwarming. It too is an omnibus with 2 volumes inside.

MICHELLE: I am still not recovered from A Girl on the Shore, honestly. I don’t know if I can take more Asano right now.

ASH: Asano can be rough, but I’m looking forward to this one.

ANNA: I own but have not read A Girl on the Shore because I haven’t felt up to it, but I’m going to get this and I think that more Asano is always a good thing.

MELINDA: I am always ready for more depressing artsy manga, as long as it’s from Asano.

SEAN: And Manga Bookshelf peeps will be delighted to hear we’re getting a 14th volume of Real as well.

A whole bunch of new series next week. Which ones are you getting?