SEAN: It’s time to bury you in manga releases once more, folks. What do the companies have up their sleeves?

ASH: All right, let’s do this!

Kodansha has the 12th and penultimate volume of My Little Monster. I can’t believe it’s ending so soon.

MICHELLE: I know! Thankfully, Say I Love You. is still ongoing. 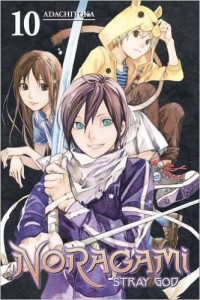 SEAN: Noragami has hit double digits, likely to the delight of Kodansha.

ASH: I’m a few volumes behind, but I have been enjoying Noragami.

SEAN: And there’s a 12th volume of The Seven Deadly Sins.

Seven Seas has a bunch of stuff for us. Akuma no Riddle intrigued me more than I was expecting, so I look forward to the second volume.

MICHELLE: I need to investigate this one.

SEAN: Magical Girl Apocalypse does not intrigue me at all, but it has its fans who will enjoy this 6th volume.

And possibly the polar opposite of that title, Non Non Biyori has a 3rd volume.

Lastly, there’s an omnibus Vol. 1 release of the manga Orange, which has been up digitally on Crunchyroll, but Seven Seas now gives us a print release. It originally ran in Betsuma, then moved to Manga Action, showing it can be both shoujo and seinen. I think this is the first half.

ASH: I’ve heard good things and am looking forward to this one!

MELINDA: I’m always surprised when I’m interested in a Seven Seas release, but here we are!

SEAN: And now it’s time for the Yen deluge. First up is Yen On. The Isolator was a new series by the author of Sword Art Online and Accel World, new enough so that it’s been a year since the first volume. Vol. 2 should be interesting. 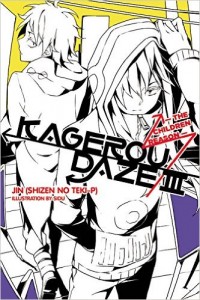 Yen Digital has a bunch of new titles coming out, and I’ll just note the complete volumes. Aphorism 2, Crimson Prince 2, Renaissance Eve 2, Scarlet Empire 3, and Sekirei 2. For those who enjoy tablet reading, try one of these series out.

On to actual print manga titles from Yen Press. There’s a 6th Accel World manga, which should be in the middle of one of the angstiest arcs.

Alice in Murderland 3 doesn’t have capital letters or exclamation points, but it has murder. Isn’t that enough?

The Devil Is A Part-Timer! 4 also adapts the novels for those who prefer exciting artwork with your plotting.

First Love Monster’s 3rd volume will remind its readers of the discomfort they felt while reading Bunny Drop, I suspect.

Horimiya’s first volume was absolutely terrific, and I am delighted to see the 2nd one out next week.

MICHELLE: Me, too! The first volume was a lovely surprise!

MELINDA: This is the volume I’m looking forward to most this week, I think!

SEAN: How to Raise a Boring Girlfriend (aka Saekano) is based on a light novel Yen doesn’t have the license for. It seems to feature an otaku hero and his collection of eccentric female acquaintances, just like every single other light novel ever.

Kagerou Daze also has a 4th manga volume out. 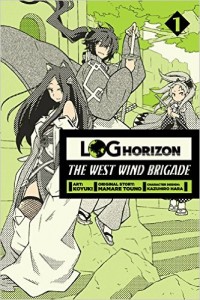 Puella Magi Madoka Magica has a 2nd volume of its manga adaptation of the Rebellion movie.

Sword Art Online has a 2nd volume of its side story Girls’ Ops, focusing on the female characters who get progressively ignored by the novels.

And it also starts to adapt a new arc, with the first Sword Art Online: Phantom Bullet volume.

MELINDA: I wish I was more interested in the manga adaptations of SAO, but they haven’t thrilled me.

SEAN: Taboo Tattoo is the other new title from Yen this month, running in my old nemesis, Media Factory’s Comic Alive. I have low expectations, but we shall see.

Triage X has reached Volume 11, despite all the prayers to the gods and curses I’ve attempted to put on it.

There’s a 5th Ubel Blatt omnibus, helpfully called Ubel Blatt 4. You know, if it had a light novel series, which Yen licensed with the same numbering, Amazon might literally explode into shards trying to keep track.

SEAN: Umineko When They Cry finishes up another arc, and if it helps this is definitely the low ebb of the series. From here out, things can only get better. Well, mostly better. Somewhat better?

And lastly, there’s an 11th omnibus of Until Death Do Us Part. Or its British version, Until Death Us Do Part.

MICHELLE: Aaaand now I have The Kinks in my head!

SEAN: Aside from staring at me blankly for that last obscure joke, what’s everyone doing next week?