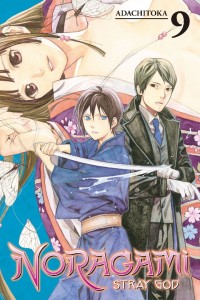 SEAN: Last month I believed Dark Horse rather than Diamond, and got burned for it. This time I’m believing Diamond, so no Dark Horse next week. That leaves…

Ninja Slayer Kills 2 and Noragami 9, both from Kodansha.

MICHELLE: Hm… Well, someone is probably happy about these, I guess.

ASH: Wow, only two manga releases?! Personally, I’ll be passing on Ninja Slayer Kills, but Noragami has been developing nicely.

ANNA: It is weird to have only two new releases! It is probably not so weird that I have nothing to say about them.

MELINDA: I, too, am here to say basically that I have nothing to say. But there’s a lot to catch up on from last week, at least!