SEAN: Even though this is the quietest week of a big month… it’s still fairly big.

Dark Horse has a third volume of Oreimo: Kuroneko, for those who wanted a better ending than the canonical one, i.e. everyone. 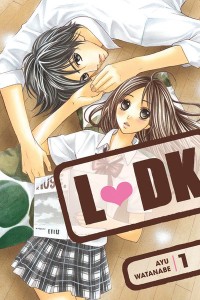 Kodansha has the debut of a new shoujo series, L♥DK. It’s the sort I describe as a ‘potboiler’, and I think it will do well with those who love soap opera situations.

MICHELLE: I will be checking this one out. If it’s cracktastic, I hope it’s in a good way!

SEAN: One Peace has a 2nd light novel for Rise of the Shield Hero.

Seven Seas caters to its fanbase with a second volume of Magika Swordsman and Summoner.

And also has a 3rd volume of Nurse Hitomi’s Monster Infirmary, which has monster girls and more ecchi antics.

Udon gives us the first volume of the Kill La Kill manga, which, if even one-tenth of the folks who gush about the anime on the internet purchase it, will sell like hotcakes.

ASH: I hope it does! Udon always does an excellent job with its manga; I’d like to see the publisher offer more. 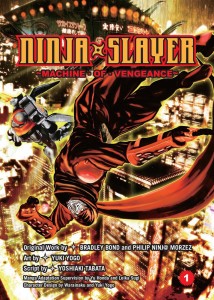 SEAN: Vertical has the first of the Ninja Slayer manga (not to be confused with the Kodansha-licensed spinoff Ninja Slayer Kills) by the possibly imaginary American team of Bradley Bond and Philip “Ninj@” Morzez.

ASH: I wasn’t enamored with the spinoff, but I do plan on giving this series a try.

SEAN: If you always wanted to read Claymore but were waiting for a way to get all 27 volumes in one box set, Viz is the answer to your prayers.

SEAN: And there’s also a 6th volume of the Special Edition of Monster, possibly with added depressing bits.

MICHELLE: I didn’t realize that these special editions had bonus material!

Which of these varied titles most appeals to you?