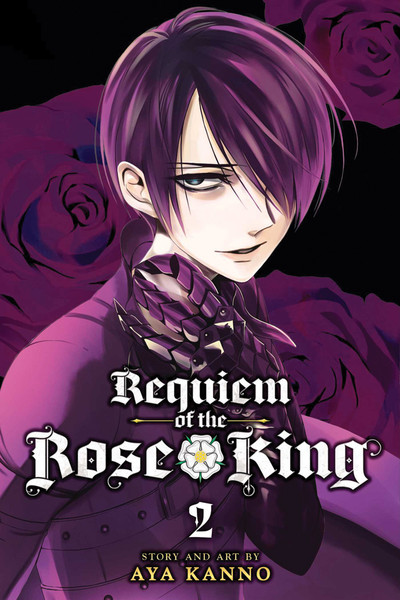 SEAN: There’s some interesting stuff going on this week, which I’m sure the rest of the team will talk about, so my pick is a title only I care about: the 26th Hayate the Combat Butler. It’s been pretty serious and plot-oriented the last three volumes or so – expect that to change back to its usual goofy fourth-wall breaking humor.

MICHELLE: It’s kind of odd that a VIZ shoujo title is coming out the second week of the month rather than the first, but I don’t mind, since that makes volume two of the versatile Aya Kanno’s Requiem of the Rose King an easy choice!

ASH: I’m with Michelle, Requiem of the Rose King is absolutely my pick this week. Although the first volume was a bit chaotic in places, I loved its drama and theatrics. The stage has been set, and I can’t wait to see what’s to come.

MELINDA: I’m also going to give my vote to Requiem of the Rose King. I haven’t caught up with the first volume yet, but this is easily the most enticing title on the list for me this week. I have a feeling I may even be happy in the end that I can read this two at a time!

ANNA: I’m also going to pick Requiem of the Rose King too. I loved the combination of history, anguish, and surreal visions in the first volume, and I’m excited to see where the story goes.

SEAN: Requiem of the Rose King is awesome, I will admit. But totally sticking with Hayate. Someone has to.