Kodansha has a 49th volume of Fairy Tail, which I’m surprised isn’t getting omnibus volumes as well, frankly.

ANNA: Fairy Tail is not on my radar, but I am stunned it is up to 49 volumes. Wow.

SEAN: There’s also a 2nd volume of A Silent Voice. Volume 1 was excellent writing but very hard to actually read, being filled with realistically flawed and terrible kids (and teachers). Will the second volume give us some glimpses of light amongst the darkness?

ANNA: This sounded a bit too grim for my tastes, which is why I haven’t read the first volume yet.

MICHELLE: Yeah. I am glad something like that exists but I still am in the “I read manga ‘cos it’s fun” camp.

ASH: The first volume was incredibly well done and one of the best things that I’ve read this year, but yeah, not the happiest of stories. 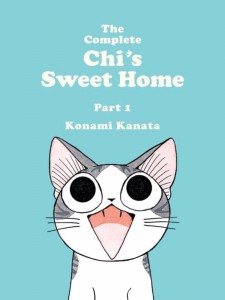 SEAN: And a third volume of Yamada-kun and the Seven Witches. Will we actually get witches this time?

ASH: We shall see!

SEAN: Seven Seas has a fourth volume of Magical Girl Apocalypse, for those who thought Madoka Magica wasn’t violent or cynical enough.

Lastly, Vertical is giving readers who missed earlier Chi’s Sweet Home volumes a chance to catch up with an omnibus of the first 3 volumes. As they’ve only released this once before, I’ll give them a pass here.

ANNA: Actually, I have not read Chi’s Sweet Home before, and I know it is both very good and popular, so I might finally check out this series!

ASH: You really should! Plus, the omnibus has a larger trim size and some additional content, too.

SEAN: I can’t tell a waltz from a tango, but can you tell what you’re buying this week?