SEAN: It’s a new fiscal year, and that brings a new pile of books, mostly from Viz. What have we got?

ASH: I can never tell when something will actually be released by DMP anymore.

MICHELLE: Me, neither. I’ll perk up when Itazura Na Kiss 11 gets here. 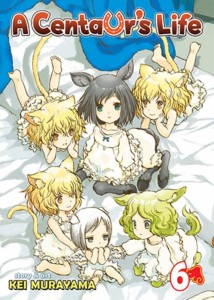 Seven Seas has a trio of books. The second volume of 12 Beast is minimally interesting to me, but may interest those who like fantasy and harems.

ASH: It should at least hopefully be a hit with the Monster Musume crowd.

SEAN: Oddball slice-of-fantasy-life manga A Centaur’s Life is up to Volume 6.

MELINDA: I dunno, the title just makes me feel like I should be reading something by Jun Mochizuki.

SEAN: The ninth volume of What Did You Eat Yesterday? will, I suspect, have far less fanservice than Pandora in the Crimson Shell, unless you count food as fanservice.

MICHELLE: Oh, I had forgotten this was coming out so soon! Yay!

MELINDA: This, this, this this, THIS.

SEAN: The rest is Viz, starting with Vol. 64 of Bleach. Bleach has gone from one of the big 3 shonen series to a series where even fans are screaming “Just die already!”, but it seems to still sell well.

ANNA: That is certainly many, many volumes. I did enjoy the first 13 volumes of Bleach.

MELINDA: Every once in a while I think it might be fun to check out what’s happening in Bleach these days. And then I don’t.

SEAN: So well that we are getting another giant Bleach box set, with Vol. 22 through Vol. 48. Use it as a very short pole vault! 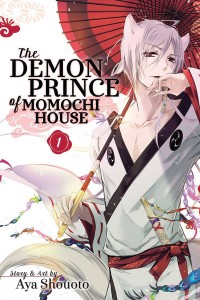 As if two series weren’t enough, there’s more Aya Shouoto starting next week, with The Demon Prince of Momochi House. Like Kiss of the Rose Princess, this ran in Kadokawa’s Asuka magazine.

ASH: The cover is pretty, and there are yokai!

ANNA: Is there a shoujo series featuring yokai? SIGN ME UP!

ANNA: I like it. I will not claim it is profound, but it is a good manga to read when I do not feel like thinking very hard.

SEAN: My Love Story!! has shot up in popularity thanks to its anime, and the 5th volume hopefully translates into even more manga sales.

ASH: It wasn’t popular before?! It should be. Still loving this series.

MICHELLE: Yay, again! I had no idea there was an anime.

ANNA: Such a great series! I hope the anime inspires more people to check out the manga.

And with the 11th 3-in-1 of Skip Beat!, I think we’ve caught up with the single volumes.

MICHELLE: Just about. Volume 34 came out in April. 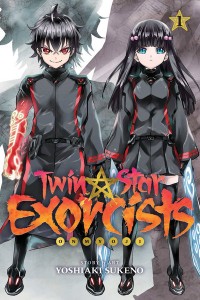 SEAN: We’ve just heard that Sunny will be ending in Japan soon, but in the meantime, enjoy its 5th volume. (Lotta 5th volumes next week.)

ASH: Viz has been doing a really lovely job with this series.

MICHELLE: I need to get caught up on Sunny.

ANNA: I’m glad VIz still breaks out the impressive packaging and design for series like this that totally deserve it.

MELINDA: This is such a beautiful series.

SEAN: Twin Star Exorcists is the newest Jump Square series, from the author of popular yet unlicensed Binbougami-ga!. I’ll let you guess what it’s about.

World Trigger is up to Volume 6, meaning it’s passed the 2-3 volume ‘culling’ stage of many Jump series.

Lastly, get in touch with your past life with the 3rd Yukarism.

MICHELLE: Yay, yet again. I wasn’t sold on this series after the first volume, but enjoyed the second a great deal.

ANNA: I like anything by Chika Shiomi and this series is no exception.

SEAN: Do you have manga for your summer vacation?