SEAN: Thank you for all those who bought manga to bring rain to the Northeast. You can stop now (keep buying manga, I just mean no more flash flood warnings). Meanwhile, what have we in this small week? 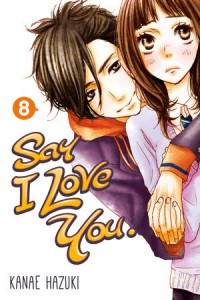 Kodansha gives us an 8th volume of shosei (I just coined it, whaddya think?) romance Say “I Love You”.

ANNA: I’m behind on this series, but I do enjoy it!

SEAN: Something that could not remotely be mistaken for an angsty teen romance is the 5th volume of D-Frag! from Seven Seas. Betcha it’ll be funnier, though.

Barring any further spinoff licensing (unlikely, I suspect), we also get the 4th and final volume of sweeter than I expected tank manga Girls Und Panzer.

Sublime is still Starting with a Kiss, but it’s Vol. 3, so perhaps they’ve gone further.

SEAN: (Amazon lists The World’s Greatest First Love 2 as well, but I understand from a Viz press release that this has been delayed to late July.) 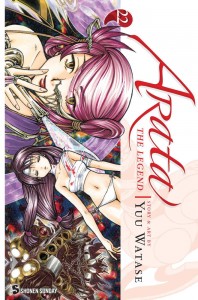 Viz proper, meanwhile, has the 22nd Arata the Legend volume. Man. So many more volumes than Fushigi Yuugi.

MICHELLE: Yeah, that is really hard to believe. I like Arata, but it’ll never approach Fushigi Yuugi‘s iconic status.

ANNA: I feel bad constantly comparing Arata to Fushigi Yuugi, but I can’t help it.

MELINDA: Wow, I have fallen behind!

MICHELLE: Yay, Magi! This one is already in my Amazon cart!

ANNA: Nice! I enjoyed the first few volumes of this series a bunch.

SEAN: Do you have a favorite here?