SEAN: Did you enjoy this week’s small week? Good. That isn’t next week.

Dance in the Vampire Bund’s Scarlet Order may have ended (somewhat surprisingly) in Japan, but Seven Seas still has more of it to bring you here, with Vol. 2 arriving next week.

Lucifer and the Biscuit Hammer’s third omnibus takes us over halfway through this highly underrated superheroes story.

ASH: I’ve largely been enjoying this rather peculiar series. 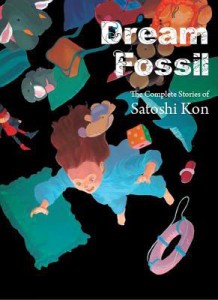 SEAN: Satoshi Kon gets a collection of his short stories from Vertical Comics, called Dream Fossil.

ASH: This should be good. (And unlike Dark Horse’s Kon releases, aren’t unfinished works.)

ANNA: Good to know! I hadn’t realized that the Dark Horse releases were unfinished works.

SEAN: Dorohedoro has reached Volume 15, and things are continuing to get darker and darker in this already dark manga.

SEAN: In fact, it’s a depress-o-rama from Viz this week! We also get a 6th volume of Gangsta, a 4th Resident Evil, and a 6th volume of Terra Formars. If you like action and people dying and having bits of them cut off, you should be very happy indeed.

ANNA: Gangsta is great. So stylish, so violent, so seinen.

SEAN: Well, I was wrong, it was a short wee—oh right, Yen Press. I knew I was missing 17 or so titles. First off, we have the third A Certain Magical Index light novel, and the one most everyone agrees is one of the best in the entire series.

The other novel is a debut. Kagerou Daze began life as a series of Vocaloid songs about a group of friends with powers, and has now become a fairly large franchise, of which the light novel is one part.

Back to manga, we have the third volume of Ani-Imo, which is shoujo in that odd way that only Aria titles can be shoujo.

A 6th Blood Lad omnibus. I’ve become really fond of this series, and always enjoy seeing more of it.

MICHELLE: I was pleasantly surprised that the sixth omnibus is out so soon, given that we’re essentially caught up to Japan.

SEAN: And a 10th volume of BTOOOM!, a series of which I am far less fond. Honestly, once you do the bomb bouncing off the breast thing, where else is there to take a story? It’s the pinnacle.

If you’d rather have a manga version of the Magical Index novels, then Yen Press is here to help you, as here’s the first manga volume. 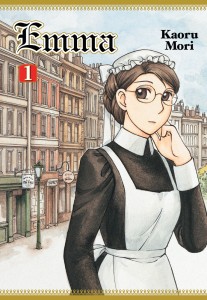 One of the most exciting license rescues ever, Yen is releasing the seinen classic Emma in omnibus hardcover format. It will be read by everyone. (glare) I said, everyone.

ASH: I’m absolutely thrilled; I’ll actually be able to buy the series this time around!

MICHELLE: I am clutching my CMX editions tightly!

ANNA: Nice. This is a series that deserves to be in print, and the deluxe Yen editions are always a treat. I might buy it again!

SEAN: Well, everyone except the Manga Bookshelf team, who may be distracted by the 18th Goong omnibus.

MICHELLE: Not only is it new Goong, it’s also the end, as this omnibus contains the final volumes (27-28 by the original Korean numbering) of the series!

ANNA: I need to get caught up on Goong, it is such a great soap opera.

SEAN: The Manga Bookshelf team is unlikely to be distracted at all by the 3rd Gou-dere Sora Nagihara volume.

If you’d rather have a manga version of the Is It Wrong To Try To Pick Up Girls In A Dungeon? novels, then Yen Press is here to help you, as here’s the first manga volume. (Have I typed this before?)

After seven volumes of No Matter How I Look At It, It’s You Guys’ Fault I’m Not Popular!, I’m beginning to think she needs to take some responsibility here.

SEAN: It has been a common complaint that Sword Art Online features Kirito, occasionally Asuna, and not much else. So those readers should enjoy the spinoff Girls’ Ops, which focuses on the rest of the female cast getting involved in new MMORPG adventures. 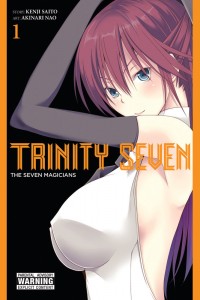 Another debut for the more action-oriented crowd, we have the first volume of fantasy series Trinity Seven, which is also a harem series if the cover art and blurb don’t deceive me. I admit I know little about it.

SEAN: Umineko: When They Cry’s new omnibus, End of the Golden Witch, sees the series shaken up with a new detective, who arrives on the island. Will things continue to be horribly tragic as we continue the adventures of manga’s most toxic family? Even this level of reasoning is possible for Furudo Erika. (Please note: Furudo Erika, Frederica Bernkastel, and Furude Rika are totally different people. Honest.)

Lastly, we get a 9th omnibus of Until Death Do Us Part, another series I’ve fallen incredibly behind on.

Is this too much manga? Or just right?