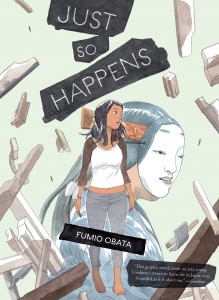 Starting off, we have not a manga per se, but something that deserves attention nonetheless. Just So Happens is coming out from Abrams as a graphic novel, and details a Japanese woman who lives in London but has to return to Japan for a funeral. Early reviews are excellent.

MELINDA: Wow, this does look interesting.

SEAN: We’re at the 2nd to last volume of Oh My Goddess! from Dark Horse, and I still can’t quite believe I’m typing that.

Attack on Titan has its 15th volume come out from Kodansha, even as the first volume remains in the NYT bestseller lists.

And My Little Monster hits Vol. 7, even as it seems to have hit a sort of angst holding pattern.

ASH: I do like the quirky cast of characters, but I hope to see a bit more story development with this volume.

MICHELLE: I’ve fallen a few volumes behind on this one, I’m afraid.

Kokoro Connect has rapidly developed into an excellent title for me, and I’m pleased to see Seven Seas has the third one out next week. 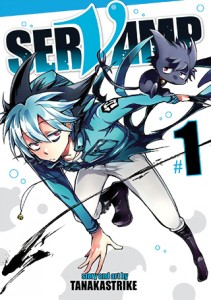 Servamp is the debut volume of the week. It runs in Media Factory’s oddball shoujo magazine Comic Gene and, obviously, has vampires – a whole pile of them. The artist is known for BL, but there’s not much tease in the first volume, which I reviewed here.

ASH: I know quite a few people who are excited for Servamp; I may have to give it a look despite being a little tired of vampires.

MICHELLE: I definitely have vampire fatigue. Especially vampires who fall in love with teenagers.

ANNA: Even I have a touch of vampire fatigue.

SEAN: And another Strike Witches spinoff comes to an end with the 2nd One-Winged Witches.

ANNA: I liked some chapters of the first volume better than others, but you really can’t go wrong with Urasawa.

SEAN: A 3rd Resident Evil will give you all your horror needs.

Unless your horror needs are filled by a 5th Terra Formars.

ASH: Still not a fan of the roach design, but the over-the-top fight sequences are pretty great.

SEAN: Any choice purchases next week?