SEAN: It feels like a smaller first week than usual, even with 15 titles. Viz has recently wrapped up a number of series, so it could just be I’m not getting as much stuff personally.

Before we get to Viz, Dark Horse has the 4th New Lone Wolf and Cub.

ASH: Confession: I still haven’t finished reading the Old Lone Wolf and Cub. But I still plan on picking up the New.

SEAN: Kodansha gives us its 5th xxxHOLIC omnibus. Here be dragons. And Syaorans. Honestly, I’d have preferred the dragons.

MELINDA: I’m good with both. :D 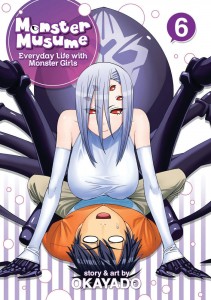 SEAN: Speaking of things I dislike but am in a minority as they are really, really popular, there’s a new Monster Musume due out from Seven Seas.

Seven Seas also has a 7th volume of The Sacred Blacksmith, which has just been confirmed to be ending soon.

D.Gray-Man may have its regular series coming out at a crawl these days, but the 6th 3-in-1 shows it’s still going strong omnibus-wise.

Another long-running series is coming to an end – but not just yet. This is the 2nd to last volume of Claymore. Is a happy ending in the cards?

MICHELLE: Someday, I need to read this. I own quite a large chunk of it.

MELINDA: I love this series, and I’m certainly anticipating this volume with much eagerness!

SEAN: Another 3-in-1 as we get the 8th Dragonball omnibus (not to be confused with the other omnibus release it’s had).

Kamisama Kiss may have finally ended its long time-travel arc, but the series is still trucking along at Vol. 17. (Did it end yet? We’ve caught up with Japan, so it’s been a while since 16…)

I keep waffling back and forth on Kiss of the Rose Princess, so we’ll see if a 3rd volume sways me one way or another.

ANNA: I ended up liking it more after the second volume. I don’t LOVE it, but I enjoy reading it.

MICHELLE: I’m not sure about this one either, since the second volume as so different than the first. But I *am* planning to check out volume three.

SEAN: Naruto is over, but the volumes still have more to go, so here’s the 69th. 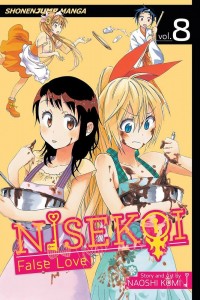 I keep being surprised at how much I’m enjoying Nisekoi, a high school harem comedy with added yakuza. But I am enjoying it a whole lot. Vol. 8 is out in print next week.

It’s no surprise how much I love Oresama Teacher – in fact, the only surprise is that an even more popular series by the same author, Gekkan Shoujo Nozaki-kun, hasn’t been licensed by Yen Press yet. But I still have Oresama 18.

ANNA: I have a deep and profound love for this series. Consistently hilarious.

ASH: I really need to get around to reading this.

SEAN: Seraph of the End has a 4th volume. Does it still have vampires?

ANNA: I feel like this is a safe assumption! I’m also happy to see that Vertical licensed the light novel series!

SEAN: Another 3-in-1 series, but I think with this 10th volume Skip Beat! may be caught up for the most part.

MICHELLE: Super great! They could do an eleventh omnibus, since 33 volumes of Skip Beat! have come out so far. This spurred me to look up when the next one comes out, and we’ve only to wait until April 7th for volume 34. This was met with much rejoicing!

SEAN: Lastly, there’s Yu-Gi-Oh 5Ds 7, another series that for the life of me I can’t think of anything clever to say about it except “Welp – there it is.”

So what are you getting next week?