SEAN: Remember how I said that January was quiet? That does not apply to next week, which is simply a ton of stuff.

It’s even bigger as I missed some titles last week. Basically, I get street dates from Amazon, mostly. The exceptions are Dark Horse and DMP (and sometimes One Peace or Gen), which ship to comic shops 2 weeks before bookstores, so I use Diamond Comics’ street dates then. I forgot to check last week, and there was a pile of DMP stuff. So here it is:

There’s a sequel to Apple & Honey called His Rose-Colored Life.

Does the Flower Blossom? has its first volume. It seems to involve an ad man trying to get past a broken heart.

ASH: This series is from Blue Morning‘s Shoko Hidaka, so I’ll definitely be checking it out.

Lastly, we have Murmur of the Heart, whose… sequel came out two weeks ago? In any case, it’s by the author of Blue Sheep Reverie. 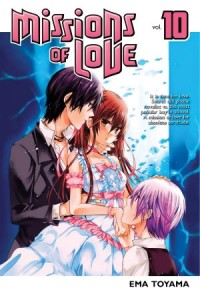 Now, on to the giant pile actually out NEXT week. Kodansha has the 10th volume of addictive and frustrating shoujo potboiler Missions of Love.

ASH: So, so addictive.

SEAN: My Little Monster’s cast is equally screwed-up, but I scream at them a little less in the 6th volume. Only a little, though.

SEAN: And there’s a third volume of fantasy series Noragami.

SEAN: From Seven Seas, we have a third volume of Arpeggio of Blue Steel, whose gritty SF-ness has helped to overcome its ‘cute girls are battleships’-ness.

There’s a 4th omnibus of wacky pseudo-incest comedy I Don’t Like You At All, Big Brother!!.

And a 2nd of the straight up horror of Magical Girl Apocalypse.

And the final volume of Zero’s Familiar Chevalier, which I suspect may be the last in the franchise given the death of its creator.

Speaking of final volumes, From the New World ends for Vertical with its 7th volume next week.

Viz has the 3rd omnibus of Urasawa’s Monster, which does not star either Godzilla OR Gamera. Human monsters are enough here.

ASH: Still very happy this series is getting a re-release.

ANNA: Me too! I need to finally read it.

And a 4th Terra Formars. 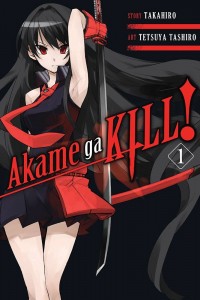 A new series debuts from Yen, and if you’re tired of the ‘dark fantasy’ genre, well, you’re in a very small minority. Akame Ga Kill! isn’t a title I know much about, but it had a popular anime, and has a striking young woman with a sword on its cover. I look forward to checking it out.

ASH: I have yet to tire of dark fantasy, which means I’ll be giving Akame Ga Kill! a look.

We’ve mostly caught up with Black Butler in Japan, so a new release isn’t as common as it once was. Here’s the 19th volume.

MICHELLE: I always seem to read these, even if I’m not terribly enthusiastic about the series.

SEAN: Inu x Boku SS spent much of its last volume reinventing itself, and I’m hoping things start moving a bit faster with this 6th one.

I keep forgetting Kingdom Hearts exists – Amazon doesn’t code it with the other manga. They’re up to the 5th volume of 358 / 2 Days, which is not 179 for reasons that I’m sure would make sense if I read it.

I’m not sure how much longer The Melancholy of Suzumiya Haruhi-chan can keep toddling along, especially now that it’s gotten to Sasaki, but I’m always happy to see a new volume, as it’s simply funny – and better characterized than the main manga, oddly enough.

Milkyway Hitchhiking was a popular title when the first volume came out, so I suspect the Manga Bookshelf team is looking forward to Vol. 2 twice as much!

MICHELLE: I may actually (gasp) write a long review of volumes one and two!

ASH: The first volume was lovely!

ANNA: This was not on my radar too, but if it is good enough to get Michelle to write a long review, I want to read it!

MJ: I will be talking about this a lot, soon! I finally have my first volume and I’m already in love.

SEAN: Watamote hits its 6th volume, and I still really hate typing out its full title. Even Diamond just solicits it as ‘I’m Not Popular’. 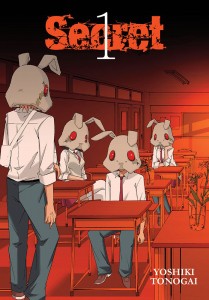 Did you like Doubt? And Judge? Or do you just like people in animal masks? Well, you’re in luck! Secret will give you as much survival game as you want. It’d been coming out digitally in chapter form for some time, now here’s the first collected volume.

I can’t believe this 24th volume is the second to last Soul Eater. It’s been a fun ride. And hey, the covers are still pitch black.

Sword Art Online’s Aincrad was an awesome world, which makes it a shame that its plot was resolved in one book. That’s why we now have Sword Art Online Progressive, which goes back and retells the story at a more relaxed, in-depth pace. It also places far more emphasis on Asuna. This is Vol. 1 of the manga; the novel’s Vol. 1 ships in March.

Ubel Blatt Vol. 1, the 2nd omnibus of Ubel Blatt put out by Yen, collects the Japanese Vol. 2 and 3. I originally tried to make that more confusing for humor value, but really, it speaks for itself.

ASH: That it does.

SEAN: Omnibus #2 is the 3rd and last one for Umineko When They Cry: Alliance of the Golden Witch. Will Ange manage to save her brother in 1986 even though she’s in 1998? Don’t get your hopes up. After this, we’ll be halfway through the eight arcs!

And lastly, Omnibus #3 gives us another volume of Until Death Do Us Part.

MICHELLE: I liked the first omnibus more than I expected to, and I keep meaning to get back to it. One of these days!

SEAN: Surely there is something here for everyone. What’s for you?