SEAN: The second week in December brings us a wide variety of manga for perusing, but is already dominated by something that Fantagraphics released THIS week and I am therefore behind on. 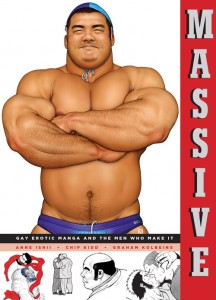 Massive is an anthology of gay manga that, from what I hear, can be judged very well by its cover: if the idea of large, muscley men having sex with each other intrigues you, then this is an absolute must buy. It’s always great to see this sort of manga over here.

ASH: The release date kept moving around for this one, so don’t feel too bad. I’m thrilled that it’s finally here, though! Massive is one of my most anticipated releases for 2015. It includes manga, interviews, essays, and more. I can’t wait to get my hands on a copy!

ANNA: I probably won’t be reading this, but I think it is very cool that it is being published.

SEAN: Kodansha has a third volume of Attack on Titan: Before the Fall. This is the manga, not the novel, for those who may be confused.

Seven Seas hopes you still like Wonderland (not to be confused with the Country of Hearts) with the 2nd volume of I Am Alice: Bodyswap in Wonderland.

Vertical gives us two types of supernatural action manga. The 2nd volume of Ajin possibly has less romantic comedy than I expect Witch Craft Works 2 will have, though I’ve been wrong about that sort of thing before.

SEAN: Arata the Legend has reached 20 volumes, which means if it weren’t licensed already, it would be totally unlicensable by now. But it is! Rejoice, Arata fans.

MICHELLE: I do like Arata, but I kind of can’t believe it’s gone on longer than Fushigi Yuugi. I guess that’s what happens when it’s shounen.

ANNA: I do have a deep and unwavering affection for Fushigi Yuugi. Sorry Arata! 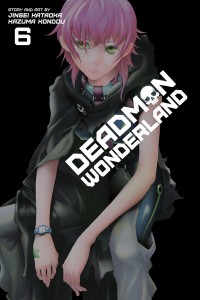 SEAN: Deadman Wonderland has its sixth volume next week as well.

ASH: Tokyopop only made it to five volumes; Viz is starting to get into new material, now.

MICHELLE: Yep! I always think of this series in the same thought as the other final straggly releases TOKYOPOP managed to get out, including a volume of The Stellar Six of Gingacho. Probably no one will ever rescue that one, so I has a sad.

MELINDA: I’ve been kinda iffy on this series, but I am pretty happy that TP series’ are getting picked back up, so I consider it a win.

ANNA: I will pause to evoke the late, lamented series Demon Sacred and Sky Blue Shore

And there’s a 13th Itsuwaribito, and I begin to despair about this long string of worthy Viz shonen I don’t really follow.

And I am rewarded with a 9th volume of Magi, which I do follow, and which is excellent.

MICHELLE: It is. We need to start a campaign to get Melinda to read it.

ANNA: I am hoarding stray volumes of this and do mean to read it one day.

SEAN: Are you getting a massive amount of manga next week? Or just Massive?