SEAN: There is so much manga out in August it beggars belief. Over 50 different titles in the month. And the first week is the biggest. So buckle up.

ANNA: I can see myself undergoing some major psychological trauma trying to choose between titles for Pick of the Week.

SEAN: Dark Horse has nearly wrapped up Oh My Goddess, but it’s not there yet, so here’s Vol. 46.

There’s also the 4th Trigun Maximum omnibus, for those who want to be confused by the artwork over longer periods of time. 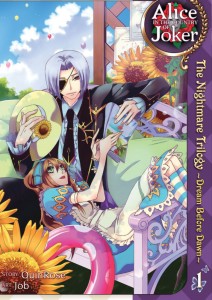 Seven Seas has the July title I discussed earlier, D-Frag! On the August end, so far so good, as we have a couple titles there as well. Alice in the Country of Joker: Nightmare Trilogy intrigues me, mostly as I wonder if we’ll see Joker, who hasn’t ventured much outside his one book.

There’s the third Dragonar Academy, which is a thing that exists.

There’s also a new series debuting, Kokoro Connect. As with D-Frag!, I’ve heard this is better than it sounds, and look forward to seeing how it stretches its basic high school comedy with the twist that is at the heart of its plot.

ASH: I’m actually rather curious about this one.

SEAN: And there’s another Witch Buster omnibus, for the manwha inclined.

Speaking of Manga-ish things, Udon Entertainment have out the first of their “Manga Classics” adaptations, in this case Pride & Prejudice and Les Miserables. The artists seem to be Chinese (I think?), but the style is certainly pure shoujo. I’ll be interested to see how compressed these adaptations are.

Vertical hits double digits with the 10th volume of Knights of Sidonia, which hopefully will not end with a third straight cliffhanger putting Izana in danger.

MICHELLE: I really will catch up with Knights of Sidonia, I swear!

ASH: Poor, poor Izana. Hang in there, you’re my favorite!

ANNA: I need to catch up too, it is a great series! 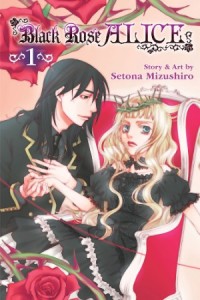 SEAN: Hope you like Viz! Let’s start with the first of three debuts this week, the shoujo horror title Black Rose Alice. I understand it has vampires!

MICHELLE: I’m looking forward to this one! It’s by the creator of After School Nightmare.

ASH: Me, too! I’m a little burned out on vampires, but I’m making an exception for Black Rose Alice.

ANNA: I have read this and the vampires in Black Rose Alice are very different from the vampires people may be used to. As much as I love goofy vampire romance manga, I really enjoyed the surreal and odd elements of this title.

MJ: I’m very much looking forward to this, mainly on the strength of After School Nightmare, which is a long-time favorite of mine.

SEAN: Bleach hits Vol. 61, and I don’t think has had real vampires yet, though I’m sure we’ve seen the equivalent somewhere in its Rogue’s Gallery.

I reviewed the first volume of Food Wars! when it came out digitally, noting the fanservice was appalling but the basic plot as quite fun. The print volume releases this week.

ASH: I’ve been waiting for the print release to give this one a try.

SEAN: The 7th Happy Marriage?! continues to test the validity of that title.

SEAN: And the third High School Debut 3-in-1 omnibus is more pure shoujo fun in a bargain package. 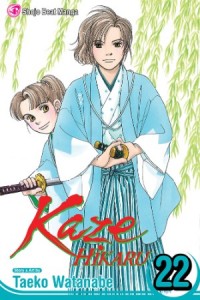 SEAN: The Excel Saga of shoujo, Kaze Hikaru, has its annual volume release! This is an awesome series that deserves more love, so I hope everyone goes out and buys it, if only so we can see it more than once a year.

ANNA: In a perfect world it would come out quarterly and dominate the manga best sellers list. It is wonderful.

SEAN: Nura: Rise of the Yokai Clan gets ready for its final arc as Vol. 22 arrives.

Yet another series that’s been a long while since a volume, Rosario x Vampire II gets lucky Vol. 13.

The last of our debuts this week is Spell of Desire. Midnight Secretary ends next month, so I suppose it’s a perfect time to bring in a new josei series by the same author (heavily disguised as shoujo).

MICHELLE: I liked the first volume of Spell of Desire more than I expected to. Maybe because the hunky guy is kind to kittens.

ANNA: I am delighted by this series, and the hilarious contrivance that results in the male lead having to make out with an innocent witch in order to control her magic.

Lastly, the 6th Voice Over: Seiyu Academy makes us wonder if we’ll ever get back to the supposed hero of the series.

Is this too much manga? Or not enough?