SEAN: After this week’s deluge, the six books coming out next week feel like a mild summer breeze in comparison. Makes me feel fine. 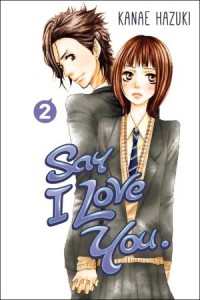 MELINDA: I haven’t delved into this series, but I’m interested. Though I can’t decide whether all the nudity and sex is a plus or a minus. :D

MICHELLE: I liked the first volume, and I have a feeling the second will wring all the dramatic potential out of its sex scenes. So… probably a plus. :)

ASH: I also liked the first volume and am interested in seeing where it leads.

ANNA: This series hasn’t been on my radar before, but now I find myself intrigued.

SEAN: SubLime has quieted down a bit, but they’re still giving us some top quality BL. Vol. 4 of Crimson Spell has almost the same cover situation as Vols. 1-3, and I like to imagine that the entire title is just 800 pages of one man slowly taking the shirt off of his lover and nothing else. With many stern, dangerous looks passing between them.

ASH: I need to catch up with Crimson Spell now that we’ve made it past what was previously released in English. I suspect more happens than just a loss of a shirt, though.

ANNA: I keep meaning to check this out. One day! 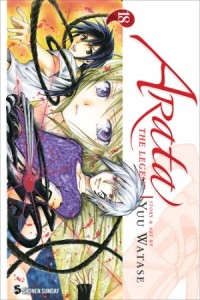 SEAN: There’s Vol. 18 of Arata the Legend, which is now in terms of length Watase’s most successful series, though I suspect it has a ways to go before it catches up to Fushigi Yuugi’s obsessive fanbase.

And there’s Vol. 3 of Deadman Wonderland, whose cover is trying to exude cool, but isn’t quite getting there for me.

MELINDA: Same here, though I’m still giving it a chance.

SEAN: Magi has Vol. 6, and has barely begun to mine The Arabian Nights for characters and plots, so we are no doubt in for a long ride. Can’t wait.

MELINDA: I’ve finally caught up on some of this series, so I’m looking forward to more!

MICHELLE: Whereas I am somewhat behind, but I really did like the first couple of volumes.

SEAN: Lastly, Tiger & Bunny 5 catches us up with Japan, which means the next one could be a while. That said, this fandom knows how to create its own content, so I suspect they’ll be fine.

What manga is blowing through the jasmine of your mind?