SEAN: First weeks of the month, man. I don’t know… June will be even worse, by the way.

First off, Dark Horse has its third Trigun Maximum omnibus, for those who missed it the first time around. Or just can’t get enough of Meryl and Milly. (And Vash, I suppose.)

Another title I don’t know much about from Gen Manga, called Android Angels. The cat eared girl on the cover really doesn’t play to my demographic, to be honest.

ASH: It has androids, so it has my attention!

MELINDA: I’m always interested to see what Gen is up to, if nothing else! 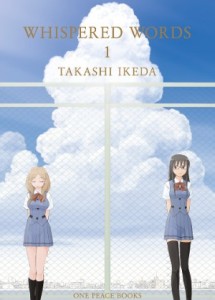 SEAN: This one is actually coming out this week rather than next, Amazon surprised me by moving the date up at the last minute. It’s also a highly anticipated title. Whispered Words is an omnibus from One Peace Books, better known to the yuri manga crowd as Sasameki Koto. It runs in Comic Alive, but for once don’t let that put you off – this is great stuff.

MICHELLE: Ooooh. Something just got added to my Amazon cart!

ASH: My copy has already arrived, and yes, this is great stuff.

SEAN: I’m starting to weary of the endless Alice spinoffs, but this new one, Love Labyrinth of Thorns, at least features Julius, one of my favorites of Alice’s many suitors.

There’s also Monster Musume 3, which has been a huge runaway success, to the point where I’m wondering if I got some other manga by mistake when I tried to read it. Oh well, no one ever said I had to be right all the time.

There’s also the first volume of Zero’s Familiar Chevalier, a sequel to the manga about everyone’s favorite tsundere. I’m not sure how long this will run – the author sadly passed away a while back, so I suspect the ending may be sudden.

Want Viz? We’ve got Viz! How about another Bleach 3-in-1, the first of many of that type of omnibus coming out this week. 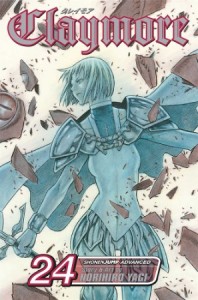 Claymore hits Volume 24, and shows no sign of letting up anytime soon.

MELINDA: I’m good with that!

SEAN: High School Debut has its second 3-in-1. I’m trying to catch up on this series after losing track of it first time around, so this pleases me.

SEAN: Midnight Secretary hits Vol. 5, and I believe gets even further into family politics. But no doubt will still have hot vampire sex as well.

Naruto has an 8th 3-in-1, much like the holy trinity of Naruto, Sakura and Sasuke functions as a 3-in-1 with every chapter. Wait, isn’t this the academic conference?

Nisekoi 3 has been out digitally for ages, but now those who like print can catch up on the latest harem comedy.

MELINDA: I’m glad to have the opportunity to read this in print. Weirdly, I sort of like it. 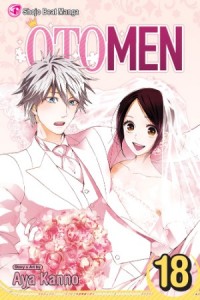 SEAN: Otomen has reached its final volume, and it will be hard to top that cover. This is a title that’s gotten stronger as it’s gone along, even if the basic plot beat (new male character turns out to be secret otomen) was beaten into the ground. I’ll miss it.

ASH: I love that cover and I love this series. I’ll miss it, too.

SEAN: Phantom Thief Jeanne was a somewhat darker magical girl take in its first volume, and I expect things to continue in that vein with Vol. 2.

MICHELLE: I really enjoyed volume one, so I’m looking forward to this!

SEAN: Psyren also ends with Vol. 16. This was one of those mid-range Jump series that never got quite as popular as I expected over here, but did well enough. Let’s hope it all wraps up nicely.

MICHELLE: One day I really will read Psyren.

SEAN: If you saw Nisekoi is out but prefer your harem comedy a little more old-school, there’s the 2nd Ranma 1/2 omnibus, which features the debut of Shampoo.

The last of our final volumes next week, Strobe Edge hits Vol. 10. Will our heroine finally be able to get what love is? And will it be happy?

MICHELLE: And here are two more I’m eager for! It’s nice to be excited about things. :)

SEAN: Lastly, not a final volume but a penultimate one, as Vampire Knight is almost at its conclusion. What will we do in a world without any vampire manga in our lives? Well, except for those dozen others. Regardless, this volume should prove as addicting yet confusing as the others.

What manga will you be catching up on at the Toronto Comic Arts Festival?