SEAN: Well, the holidays are over. HOPE YOU LIKE MANGA. We have, between Amazon and Comic Shop sources, 26 titles coming out this week (some of which have already shipped from certain distributors, yes). Buckle up, folks, we’ll be here a while.

Digital Manga Publishing has had a slow return from Print Hiatus, but they seem to be back with a vengeance this week. First we have A Century of Temptation, a vampire/barista romance. The author is best known here for Brave 10 (from DMG) and Sengoku Basara (from Udon).

ASH: Indeed! I had somehow missed that particular detail.

SEAN: Volume 2 of Depression of the Anti-Romanticist wraps things up, hopefully with less depression and less anti-romance. Given its BL demographic. 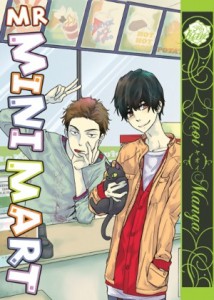 Mr. Mini-Mart certainly wins the cute cover of the week award. A NEET shut-in tries to hold down a job at a convenience store, but must deal with his loud, outgoing coworker. Will romance develop? (Spoiler: yes.)

MICHELLE: Heehee. I approve of the presence of a kitty. I wonder if it figures into the story?

MELINDA: I’m completely on board with this. I almost don’t care what’s inside.

SEAN: Also with a cute cover, President Momoi-kun is, I inform my fellow Manga Bookshelf writers, an Opera manga. It also looks to be very silly indeed, with lots of funny gags in among the BL. Intriguing.

MICHELLE: I like that the lead dude is crushing on an older, married coworker!

MELINDA: Anything from Opera deserves a look, so count me in!

SEAN: And in DMP’s one non-BL title, we have – finally – Volume 1 of Takasugi-san’s Obento, which feels like it was pushed back about eight times. A grad student has to take in his cousin after her mother dies, and they learn to bond through cooking. The cousin is twelve, so I think this is meant to be more of a family bonding. It’s 7+ volumes in Japan, and runs in one of my favorite magazines, Comic Flapper, so I definitely want to try this out.

ANNA: I read this when it was available digitally, and liked it! We get food manga so seldom, titles like these are a treat.

MELINDA: I’m so glad to see this in print!

SEAN: Fantagraphics shipped the 6th volume of Wandering Son when I wasn’t looking, so most of you may have it already. We’ve talked before about why this should be a must-buy title for all of you.

MICHELLE: I am so dreadfully behind on Wandering Son. Catching up will be one of my resolutions, methinks.

ANNA: Ugh, me too! Too much manga!

ASH: I am still eagerly waiting for my copy to arrive. I can’t wait!

SEAN: Kodansha has Fairy Tail 34, still in the Grand Magic Games arc. I’m falling behind on my Fairy Tail, need to catch up.

Seven Seas expanded greatly in 2013, and this shows no sign of stopping now that it’s 2014. We start with the 2nd and final volume of Alice in the Country of Hearts: The Mad Hatter’s Late-Night Tea Party, which continues the romance between Alice and Blood Dupre. 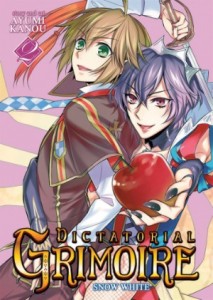 Dictatorial Grimoire has the 2nd in the Snow White arc, featuring its Alice in the Country of Hearts genderswap-esque plot. I was more interested in Vol. 1 than I expected, so will check the 2nd out.

ASH: I haven’t read the first volume yet, but I am tempted.

SEAN: Monster Musume was a giant hit, and everyone except me seemed to love it. Proving, if nothing else, that I do not drive the taste of most manga readers. Vol. 2 should make even more people happy.

ASH: Monster Musume was a huge success for Seven Seas! I had no idea it was such a popular series.

SEAN: Zero’s Familiar wraps up with the 3rd omnibus, containing Vols. 6-7. Fear not, though, the sequel has been licensed and is coming in the spring.

Flowers of Evil has gotten to Volume 8. Is it still just as twisted? I’m curious.

ASH: The cover art for this story arc is absolutely beautiful.

MELINDA: I’m still pretty well engaged with this series, so bring it on!

SEAN: And there is the traditional Pile Of Viz. Bleach has a 7th 3-in-1 omnibus, getting towards the end of the Soul Society arc, which many people feel it has never bettered.

SEAN: I adore every single volume of Kimi ni Todoke that comes out, even now that it’s at Volume 18. The cast start to think about their futures around this point, as graduation is near.

MICHELLE: I’m looking forward to this one, too. It’s a definite favorite. 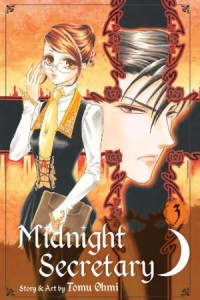 SEAN: Midnight Secretary 3 continues to combine office lady romance with vampire romance, and is doing a damn fine job of it. I expect more intrigue to happen here.

ANNA: I do enjoy this series.

MELINDA: As do I.

Natsume’s Book of Friends 15! Another series I always love to read. I wish it had more Taki in it, but I’m happy to accept whatever gentle, melancholy yokai antics it will give me.

SEAN: I reviewed Nisekoi Volume 1 when the digital volume hit, and it’s now coming to print. It’s a fairly typical Shonen Jump romantic comedy, which will appeal to those who like tsunderes, yakuza, and lots of shouting.

MICHELLE: Which is not me, I’m afraid. I found the premise and characters tiresome.

MELINDA: I’ll be checking this one out for sure, despite Michelle’s reservations.

MICHELLE: I look forward to seeing what you think of it!

SEAN: Otomen 17, completing a trilogy of addicting shoujo I always read first whenever the new volumes come out. Last time we had a nasty cliffhanger, are things going to get worse?

MICHELLE: Someday I will catch up on Otomen.

ASH: I’ve been saving the last few volumes to read in one go; I really enjoy this series.

SEAN: Psyren 14 barrels on to its finale, and will presumably be bringing all the major players together back in the Psyren World for a big battle royale. 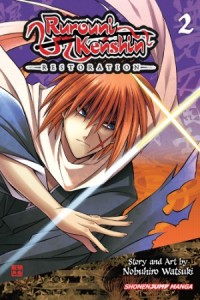 Rurouni Kenshin: Restoration has now fulfilled its purpose of advertising the recent movie, so it can end with Vol. 2, which indeed it does.

MICHELLE: Ha! Really? I wonder if it was always intended to be so short! Does this mean it doesn’t attempt to rewrite the Kyoko Arc, which needed no rewriting? I am relieved!

ANNA: I didn’t realize that it was going to be so short either, but it makes sense. The original manga was so good, it didn’t really need a reboot.

SEAN: Strobe Edge is nearing the end of its run with Vol. 8, and so surely the two leads will finally start to work out their angst and get closer… no, huh? Oh well.

ANNA: I hope so! I do enjoy this series, but am ready for it to wrap up.

MELINDA: This series continuously surprises me with its ability to keep me engaged… but I do hope we’ll see some movement here, finally.

SEAN: Lastly, Yu-Gi-Oh Zexal 4 does whatever it is Yu-Gi-Oh volumes do these days. It could have become a wacky 4-koma about high school girls for all I know. :)

How much of this pile appeals to you?