SEAN: I love the end of the month. It’s so quiet and peaceful. 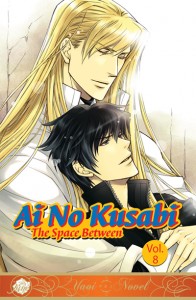 DMP has the 8th volume of the Ai no Kusabi novel series, which I think is the final volume of this epic sci-fi master/slave BL tale. It’s 1980s-tastic!

MICHELLE: I remember watching the OVA of this (possibly at a convention) and being THOROUGHLY confused.

MELINDA: If only this was a manga instead of a novel. “1980s-tastic” has a much stronger hold on me when there’s lots of artwork involved.

SEAN: Kodansha gives us Attack on Titan 9. I went on about this volume at length in my review. At great length. Seriously, I just wouldn’t shut up. Also, I can now say Ymir! Hooray!

ASH: I’ll admit it: I’ve become hooked on Attack on Titan. I’m glad the series is doing so well for Kodansha, too.

SEAN: There’s also the 2nd and final volume of Sailor Moon Short Stories, which I also reviewed. I recommend getting it for Rei Hino. Also, that wraps it up for the manga, barring any artbook releases in the future.

Seven Seas has another 2-volume omnibus of Witch Buster, which I am so unfamiliar with I can’t even muster up some witty wordplay banter.

ASH: The only thing I really know about Witch Buster is that it’s original title was Witch Hunter. 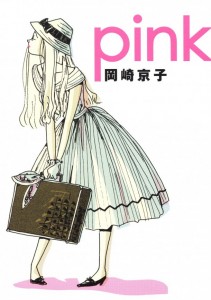 SEAN: Vertical has Pink, by Kyoko Okazaki. I’ve been waiting for this since it was first announced. It’s from an earlier period in her career than Helter Skelter, and has a crocodile. Hence, everyone should read it.

ASH: As am I! I’ve really been enjoying Vertical’s josei titles this year.

MELINDA: I suspect this will make a strong showing in our upcoming Pick of the Week column. It’s certainly mine!

ANNA: I am glad for the reminder that this is coming out, because I’m going to order it! Helter Skelter was one of the more distinctive manga that I’ve read recently, so I am very much looking forward to Pink.

SEAN: Yen has the 2nd volume of Judge, which is shipping this week instead of last for some reason. See, it’s missing deadlines like that that would get you killed first in a survival game manga.

Speaking of missing deadlines, I forgot to mention that last week the 10th and 11th volumes of the Haruhi Suzumiya light novels shipped as one big omnibus. This catches us up with Japan, at last novel-wise, and is one of the best yet, provided you’re used to the Japanese light novel narration style, which involves a torrent of words and introspection.

What manga are you thankful for?