SEAN: This week isn’t quite as bad as the previous two, but there’s still a chunky bit of stuff coming onto the shops.

Dark Horse has the 3rd of their Lone Wolf & Cub omnibuses. That’s a chunky item hitting the shops all by itself, and very good value for money it is too.

ASH: I’m happy to see Lone Wolf & Cub being re-released. The larger format means I have a better chance of actually being able to read the text, too.

MELINDA: I’ve been so happy to have a fresh opportunity to fall in love with this series. And fall in love, I have!

ANNA: Nice! I need to check this out again, I think I only read the first five or so volumes of the original series but I did enjoy it.

SEAN: We have a trio of releases from DMP. Lies Are A Gentleman’s Manners certainly wins the title of the week award, but I know nothing else about it. The description seems to involve LSD and blackmail.

ASH: I don’t know much about this one, either. But, megane alert!

MELINDA: Thanks to David Welsh, I’m thrilled to see anything from Opera, so count me in!

Moon and Blood 4 is still doing its mini-manga thing.

And Triton of the Sea finishes up with its 2nd omnibus. Are we getting near the end of print Tezuka releases, headed for a digital-only future?

ASH: I think we’re getting close. There are only two forthcoming Tezuka print releases that I’m currently aware of: The Mysterious Undergound Men and The Crater. 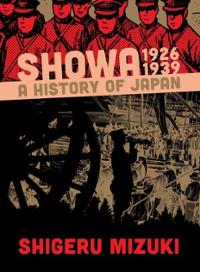 SEAN: Drawn & Quarterly has been putting out a lot of Shigueru Mizuki lately, and this is one of his big magnum opus projects. Showa 1926-1939: A History of Japan seems to actually be half history book and half yokai (come on, can we really expect no yokai in a Mizuki book?), as we switch between his childhood and the events that shaped Japan. I can’t wait for this one. There’s a sequel, covering World War II, out in the spring.

MICHELLE: Oh, that *does* sound interesting.

ASH: I’m very much looking forward to this series. If the first two omnibuses do well, we should see two more.

Another intriguing debut is Black Bard, which One Peace Books is putting out as a done-in-one omnibus. From Media Factory’s oddball shoujo magazine Comic Gene, and the plot sort of sounds like Shoulder-A-Coffin Kuro, only less depressing.

ASH: I’m definitely checking this one out. I just can’t pass up the music and magic combo.

ANNA: I am reserving judgement until the first reviews get posted, but it does sound interesting.

SEAN: One Peace also has the 4th of the reissue volumes of Crayon Shin-chan, which has been their main manga product to date, though with Black Bard they’re starting to expand. Shin-chan is pure kiddie fun, though be aware it’s a kid’s idea of fun, not a parent’s.

Picturebox has been known for having some old-school seinen, and this week is no different with the release of Gold Pollen and Other Stories. Actually, instead of seinen, it’s more pure alternative, and sounds quite interesting in an “indie comix” way.

ASH: I’ve already got my copy of this one! Picturebox has been doing some really interesting manga releases this year and the production quality has been top-notch. Gold Pollen is the first volume in its Masters of Alternative Manga series; I’m very curious to see what else will be picked up.

SEAN: SubLime has the 3rd volume of Blue Morning, which I understand has garnered some praise from other corners of the Manga Bookshelf. Anyone want to chime in?

MICHELLE: I described it as “more like a genuine period drama than BL romance with some token period frills.” The characters are well developed and complex, too, and I really couldn’t recommend it more highly.

MELINDA: I’m really enjoying this series, and Michelle’s recent review has made me anxious to dig into this volume! 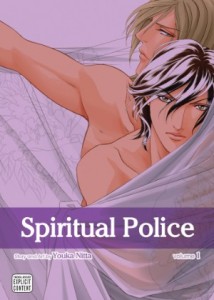 SEAN: Vertical dips into the world of post-apocalyptic sci-fi with From the New World Vol. 1. I really didn’t like the first volume, but others may disagree with me.

ASH: I’ve been told the manga follows the novels more closely than the anime adaptation, but I’m really not sure what to think about this series yet.

SEAN: 07-Ghost Vol. 7 comes as close as it ever will to being symmetrical.

MICHELLE: Sigh. Somehow I am now really, really far behind on this.

MELINDA: I’m mesmerized by the near-symmetry.

ANNA: I need to get caught up! I enjoy this series.

SEAN: Fullmetal Alchemist 3-in-1 Vol. 6 introduces Olivier Armstrong, which is the best possible reason to buy it, as she is amazing.

MELINDA: Yes. Yes she is.

Speaking of omnibuses, Inu Yasha’s VizBIG Edition is up to Vol. 17, which I’m sure is also an exciting and thrilling part of the story, probably.

MICHELLE: I have actually never finished InuYasha. I have the last ten volumes hanging around, ready for me to read them, but I have been delaying it for years now. Kind of like how I never watched that one episode of TNG and thus it is not actually finished for me.

MICHELLE: I have a warm spot in my heart for RIN-NE despite its lack of forward momentum of any kind.