SEAN: Let’s just roll out, far too much to deal with this first week of November.

801 Media’s dates change on Amazon so often that I’m never quite sure whether I’ll say something is due out and then it’s changed again. But they do list Vol. 7 of Ze for this week. For those who like a bit of epic with your smut.

MICHELLE: I didn’t realize Ze was still coming out. Huh.

ASH: It is indeed! Although it has been a long while since we’ve seen a new volume in English.

MELINDA: I gave up this series a while back, as it had stopped intriguing me and started just making me uncomfortable (and a little bored). Did I give up too soon?

SEAN: In Kodansha land, the 2nd Air Gear omnibus catches you up a little more with this roller skating, fanservice, and gang violence manga.

Seven Seas has been expanding their reach lately, and it shows in the number of titles they’re doing per month now. We start with another Alice in the Country of Etc. spinoff, The Mad Hatter’s Late Night Tea Party. This looks more romance-oriented than mystery-oriented, and should be filled with innuendo give it’s Dupre, but I’ll give it a shot.

ANNA: I need to get caught up on some of these spinoffs. I do still like this franchise. 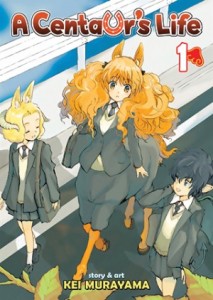 SEAN: Usually with Seven Seas licenses, particularly in their new fanservice-heavy phase, I tend to bat 1 out of every 3 in terms of “things Sean likes”. I have good hopes for A Centaur’s Life, though, which I hear actually tries to imagine what the world would be like in such a situations (monster high school, basically), and tones down after an ecchi first couple chapters. We’ll see how it compares to Monster Musume.

ASH: I don’t read many manga from Seven Seas outside of its yuri titles, but I’m really looking forward to giving A Centaur’s Life a try.

MELINDA: I can’t exactly say I’m looking forward to it, but I might give it a try anyway.

SEAN: If you’re still catching up on Seven Seas’ breakout title, Dance in the Vampire Bund, Vol. 4 covers Vols. 10-12 of the original.

Senran Kagura: Skirting Shadows is a manga based on a video game franchise, and apparently is about a Ninja High School, but with no input from Ben Dunn at all. It is apparently littered with fanservice. We shall see.

World War Blue continues to meld generic shonen fantasy with a history of 80s video game wars, which at least is not a commonly used plot device.

I’m not sure who Akiko Shimojima is, but she and Sean Michael Wilson are collaborating on a graphic novel about The 47 Ronin, which Shambhala Press is putting out next week. The cover makes it look like the style is Lone Wolf and Cub-by, which makes sense.

ASH: The Forty-seven Ronin are making quite a showing in the West this year with manga, comics, and film versions of the story all being released.

SEAN: Another omnibus catchup, Viz gives us the 2nd volume of D.Gray-Man, which collects Vols. 4-6. 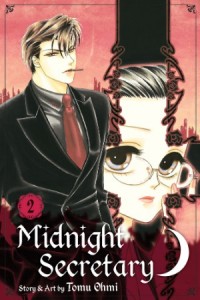 Midnight Secretary was the more intriguing of Viz’s two new josei licenses, and I am highly looking forward to Vol. 2.

ANNA: Second volume was as good as the first, I am really enjoying this series.

SEAN: I am about 58 volumes behind on Naruto, and given it’s at Vol. 63, unlikely to catch up anytime soon.

Speaking of catching up, if for some reason you haven’t read One Piece and want to buy 23 volumes at once, this box set takes you through to the end of the Alabasta arc.

Oresama Teacher 15 will make me very, very happy and I will laugh a whole lot. As should you all.

ANNA: Oresama Teacher is a hilarious gem of hilarity.

SEAN: Psyren 13. We should be getting near the endgame soon.

Skip Beat!’s 6th 3-in-1 is a great buy for this who missed this top-notch shoujo comedy first time.

MICHELLE: I’ve fallen a couple of volumes behind with Strobe Edge and am really looking forward to getting caught up.

ANNA: This is one of those series that took a couple volumes to get solid, but is now consistently great.

MELINDA: Yeah, I’m wholeheartedly on board with this title. Bring it on! 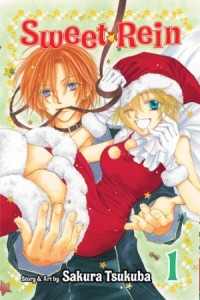 I need some cute manga about reindeer. Sweet Rein seems like the perfect solution. Plus it’s from the author of Penguin Revolution and Land of the Blindfolded, the classic CMX titles (which need license rescuing digitally *cough*).

MICHELLE: It really is quite cute. And a good length (3 volumes) for its premise.

ANNA: It is mega adorable. Great manga for a feel-good pick me up.

MELINDA: Okay, I read an advance copy, like the rest of you, and I admit it lost me at “the power of Santa cures cancer” (roughly speaking). But maybe it’ll win me back over at some point?

SEAN: Tegami Bachi has reached Vol. 15, and is ‘Ant And Bee Deliver Letters’ gone horribly wrong. Or something.

Vampire Knight has now ended in Japan, so we’re ready for a big climax in the next couple of volumes. Here’s 17.

Are you going to buy any of this, or just stack it in a pile and die when it falls on you?