SEAN: Be thankful for the small amount of manga coming out this week. The three weeks after this are absolutely brutal, with over 15-20 titles each week from various companies. But this week — lull! 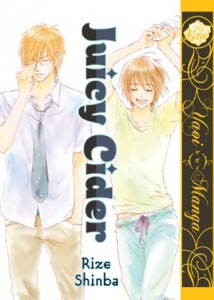 We welcome back Digital Manga Publishing with some new BL fare. Unfortunately, Juicy Cider’s synopsis sounds so mind-numbingly generic that I can barely stay away to get through its four lines. There’s childhood friends, unrequited crushes, and from the looks of the cover one quiet and serious boy in glasses and one happy go lucky boy. Which sounds nothing like any other BL title ever.

Priceless Honey is the other DMP offering, being a collection of short stories that are “steamy”, and where the happy go lucky boy has been replaced by a smirking, slightly older guy.

MICHELLE: I wish I had something to say about either of these two, but alas, I do not.

MELINDA: I admit they don’t look promising to me. Not promising at all.

ASH: Like Juicy Cider, it would appear that Priceless Honey has a megane danshi as well. Shiuko Kano has had a lot of her manga released in English by multiple publishers, so I assume that she has at least a small following.

No. 6, Vol.3 continues to confuse numerologists and bookstore shelvers everywhere. It’s also Kodansha. Between this title and Disgaea 3, my ability to make World Cup jokes will live on forever. 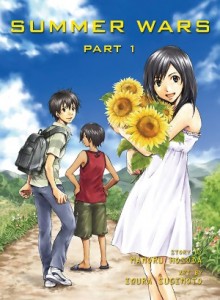 MICHELLE: I didn’t hate the first volume, but I somehow never managed to buy/read volume two.

ASH: I’m actually rather fond of No. 6 and its leads. I found the second volume to be better than the first, so I hope the trend continues with the third!

SEAN: Lastly, Vertical debuts another manga based on a movie, with the first volume of Summer Wars, from the creators of The Girl Who Leapt Through Time. Vertical had a lot of success with 5 Centimeters Per Second, so it’s no surprise they’d get this. I personally hope it’s less melancholy.

MELINDA: I’m looking forward to this for sure. I loved The Girl Who Leapt Through Time, and though I wasn’t necessarily crazy about the manga adaptations of the same story, the fact that I haven’t actually seen this movie may help me on that front. And y’know, I trust Vertical. I really enjoyed the manga adaptation of 5 Centimeters Per Second, so I’m counting on their good taste to bring us a winner.

SEAN: Taking a week off before the deluge? Or trying out something new?