SEAN: A surprisingly huge last week of the month. Shall we get right down to it? 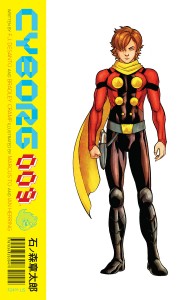 Archaia has their new modern adaptation of Cyborg 009 debuting this week. I recall the old 60s series when Tokyopop took a flyer on it, and it was fun if very ‘a product of its time’. It’s a series that a modern retelling, getting rid of some of the racism and sexism, could really work wonders. Intriguing.

ASH: I’ve already got my copy of this one. I haven’t read it yet, but I can say this–Archaia’s Cyborg 009 has one of the coolest book designs that I’ve seen in quite a while.

SEAN: Kodansha continues the speedup of Attack on Titan with Vol. 7, which reminds you that the series can still be really, really brutal.

ASH: Yes it can! If Attack on Titan has one thing going for it, it’s the series’ intensity. And tragic deaths.

MICHELLE: I feel very wrong that “tragic deaths” has seriously made me consider Attack on Titan.

MELINDA: I also would like to see some statistics on this. Yes.

And speaking of speedups, here’s Fairy Tail 30, which wraps up its very long S-class arc, and has a major plot shift that affects… well, not quite everything.

I admit I sometimes miss things coming out via Picturebox and their cadre of indie manga releases. Here’s a new one called World Map Room, which I know nothing about.

ASH: Picturebox is a publisher that has really caught my eye this year. I don’t always enjoy Yuichi Yokoyama’s manga, but I can certainly appreciate his draftsmanship and experimental work. 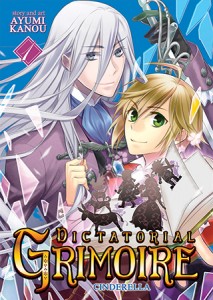 SEAN: I had assumed that Dictatorial Grimoire: Cinderella was another series from Quin Rose in the Alice in the Etc Etc. vein, but apparently not. This is from Media Factory’s oddball shoujo-ish Comic Gene, and is a Grimm’s Fairy Tales rewrite, in a way.

ANNA: I love fairy tale adaptations! Not sure if I will check it out although content from oddball shoujo-ish magazines sounds promising.

MELINDA: Well, huh. This does sound like my kind of thing!

SEAN: Alice in the Country of Clover: Cheshire Cat Waltz is almost finished, I believe, but not quite, so here’s more Boris and Vol. 6.

Mobile Suit Gundam: The Origin has been one of my most awaited titles of 2013, with every volume desperately needing to get into my hands as quickly as possible. Vol. 3 is called Ramba Ral!

ASH: I’ve been very impressed by Vertical’s edition of The Origin. It’s a great manga and a gorgeous release. Plus, I’m a fan of Yoshikazu Yasuhiko’s manga.

MICHELLE: I’m enjoying it, too!

ANNA: I am so happy that Vertical is putting out this series.

SEAN: If you’d told me a few years ago Vertical would be licensing a Young Animal title, I’d have laughed. But here we are. Sickness Unto Death is along the lines of Flowers of Evil, but only 2 short volumes. The first ships this week.

ASH: I’m very curious about this one.

MICHELLE: I don’t know what to think about it.

MELINDA: I’m always interested in what Vertical has to offer, so count me in!

SEAN: Are You Alice? has a 2nd volume that may potentially have something comprehensible happen, which Vol. 1 lacked, in my opinion.

And The Betrayal Knows My Name, a series that feels like it should be Wings but is instead in Asuka (which is becoming the new Wings), hits Vol. 6, and has lots of reincarnation romance.

MELINDA: I have been shamelessly addicted to this series ever since my holiday marathon read last year. More, more! 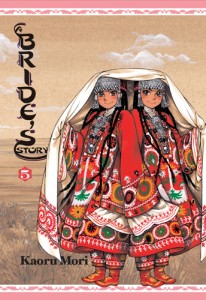 SEAN: A Bride’s Story really picked up for me with the introduction of the twins in Vol. 4, so seeing their wedding in this new volume is definitely high on my list of things to do.

ASH: I’m always happy to see a new volume of Kaoru Mori’s A Bride’s Story! (Now, if we could only get Emma back into print, too…)

MICHELLE: Someday I will have time to read this.

ANNA: Me too. I need to catch up. The first two volumes were lovely.

MELINDA: I adore this series, and I’m very excited about the wedding! Hurray!

SEAN: Kieli hits Vol. 9… of the novels, that is. Don’t get your novels and manga mixed up, especially from Yen, which tends to license both more than most companies.

The regular old manga may be ending in Japan, but its gag spinoff continues, as we see the 7th volume of The Melancholy of Haruhi-chan Suzumiya.

MICHELLE: Isn’t Goong 13 coming out too this week, now that I think about it? At least, Amazon has it with the same date as the other Yen, and I just got it in a box of review copies (yay!).

SEAN: It’s still hard for me to remember Korean books…