SEAN: Can’t talk, too much manga.

Dark Horse has the 2nd Lone Wolf and Cub omnibus. I enjoyed the first one more than I thought, and will hope that the 2nd gives us just as much assassination intrigue and adorable toddlers with killer eyes.

MICHELLE: I also liked it more than I expected.

ANNA: I read the first five or so volumes of this back in the day, and am glad it is getting reissued.

MELINDA: I’m surprised to find myself really looking forward to this second omnibus! 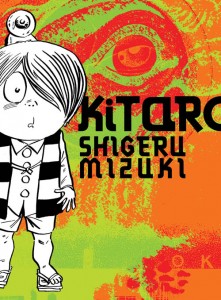 SEAN: Drawn and Quarterly finally, after a long gestation period, has the first in what I hope becomes a series of books based on Shigeru Mizuki’s 60s yokai classic, Gegege no Kitaro. Retitled Kitaro for North America (Gegege is sort of an untranslatable sound of fear), it’s over 400 pages of 60s shonen goodness. For those who love all the yokai manga coming out these days, here’s the King.

ANNA: I am intrigued by this!

SEAN: I know only I care, but I still do care: Kodansha Comics has Vol. 31 of The Wallflower. 31 volumes! That’s more than Kenshin! Lots more than Fruits Basket! It’s 30 volumes more than Gaba Kawa! It’s a long series that rewards me with comedy, not romance.

MICHELLE: Back in the day, I bought the first six or seven volumes of this. But then I learned about its length and its episodic nature and I just went “Ugh.”

ANNA: I had a very similar reaction to Michelle’s. I found the first few volumes amusing but wasn’t willing to sign up for a neverending series.

SEAN: Seven Seas has a significant presence this week. There’s another Alice spinoff, The Clockmaker’s Story. The spinoffs are starting to glut the market, but I really enjoy Julius and his grumpypantsness. He reminds me of Austria from Hetalia. So I have hopes for this.

MICHELLE: I kinda like Julius, too, but I have really lost count of these spinoffs.

SEAN: Hooray, a new volume of A Certain Scientific Railgun, the manga that reminds you once again that spinoffs can not only do better than the original, but inspire flamewars about the original! The athletics festival continues here, and we find out what Misaka does when her support team of good friends is taken from her.

Dance in the Vampire Bund continues to omnibus itself with Vols. 7-9. I understand it has vampires.

Kanokon also gives us an omnibus, featuring Vols. 3 and 4. I think I’ve already said what I need to about this series.

MICHELLE: I don’t even know what Kanokon is. Should I be glad? 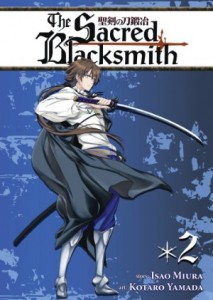 SEAN: The Sacred Blacksmith has a second volume, for fantasy swordplay fans. I seem to recall I liked this slightly better.

And World War Blue, Seven Seas’ attempt to license a Fairy Tail that’s all their own, has its own Volume 2, just a month after Vol. 1.

It’s rare I discuss artbooks, but I’m also a giant Haruhi Suzumiya fanboy, so this dovetails nicely. Udon is putting out the first of a series of Haruhi artbooks, this called Haruhi-Ism: Noizi Ito Artworks. I suspect, as opposed to Udon’s amazing Read or Die artbook, we’ll see more art and less infotext here. But hey, getting it anyway.

MELINDA: I’m actually kind of interested in this, too.

SEAN: Vertical gives us the 4th volume of Knights of Sidonia. What’s the chance they go back to the wacky harem comedy this time around? I’m guessing it’s more likely there will be body horror and space battles instead. But it’s good. I’m just being churlish.

MICHELLE: But it’s creepy body horror of the best kind! I love Sidonia a lot.

ANNA: I guess I am now two volumes behind on this series, but I look forward to getting caught up. I’m happy that Vertical is bringing over mecha manga like this and Gundam: The Origin.

MELINDA: I *heart* Knights of Sidonia very much.

SEAN: And Viz. Bakuman comes to an end with its 20th volume, and has proven to at least be a slightly happier ride than Death Note. Certainly more people know about the workings of Jump now…

MICHELLE: Stay tuned for a special Off the Shelf devoted to Bakuman., coming next month!

MELINDA: I’m really looking forward to the discussion with Michelle. This series surprised me at intervals, throughout, and I was especially surprised to find myself actually caring about the romance during the last volume. Can’t wait to see how it plays out!

SEAN: A Devil And Her Love Song hits double digits with Vol. 10. Given where last volume left off, it’s expecting this one will be a big ol’ angstfest, but you never know.

MICHELLE: I think angstfest is a good bet.

ANNA: I have read this and haven’t been able to write my review yet, but I would say that it goes beyond angsfest and heads strongly into severe emotional traumaland. 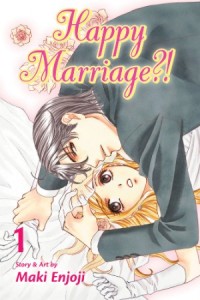 SEAN: Happy Marriage?! is the new josei title from Shojo Beat, being another foray into the magazine that gave us Butterflies, Flowers. I must admit, I’m a bit wary – Butterflies, Flowers succeeded for me because of its ridiculousness – this may not have as much of that. But hey, any Petit Comic over here is good.

ANNA: I liked it just fine! It is a lightweight, fun to read josei title. Not as goofy as Butterflies, Flowers, but still enjoyable.

SEAN: Kamisama Kiss has caught up with Japan, at least as much as Viz allows itself to do, so it’s been a while since we’ve seen it. Lucky Number 13 should give us yokai manga of the week #2.

MICHELLE: I’m going to try to get caught up on this soon.

SEAN: Kaze Hikaru 21! Squee! OK, I admit, I’m still 20 volumes behind on this series. But hey, any series that comes out yearly is always in my wheelhouse, given Excel Saga was there for a while as well. Highly underrated shoujo, from what my friends tell me.

MICHELLE: I love Kaze Hikaru very much. Everyone should read it! But especially Melinda.

ANNA: I adore this series and I always feel a bit giddy when a new volume comes out.

SEAN: Kimi ni Todoke 17. I have little to say about this series, even though I love it to bits. Just expect everyone to be even more sweet and adorable, OK?

MICHELLE: Works for me!

ANNA: Works for me too!

MELINDA: Count me in!

SEAN: Another series hits double digits as Library Wars: Love & War gets to Vol. 10. I think this got delayed a month or so, so I hope it’s worth the wait.

MICHELLE: I’m kind of surprised how much I’ve been enjoying Library Wars lately.

ANNA: I was always going to be a fan because it is not that often that my profession gets featured in a manga, but I think that this series has gotten more enjoyable several volumes in. 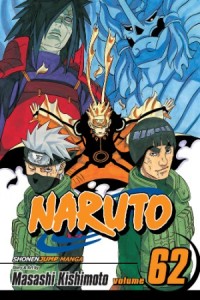 Nura: Rise of the Yokai Clan wraps up Kyoto here at last, and moves on to a few side stories before the next big arc. It’s also yokai manga #3.

There’s always one Viz manga Diamond ships to my store late, and this month it’s Otomen 16. But the rest of you will get it. As always, I’m there for the Ryo.

Slam Dunk is in its closing volumes, but still not quite there yet. Here’s Vol. 29.

MICHELLE: It is taking a lot of willpower not to read the three unread volumes I have now collected, but this series is so good when read in chunks, so I’m tying to hold out ’til volume 31 gets here.

ANNA: I have less self control and generally read Slam Dunk as soon as it arrives because I can’t ration out my reading of this sports manga masterwork.

SEAN: Tegami Bachi is bachi-ing its tegami with Vol. 14. (Sorry, this has been a long post, I’m tired, and I don’t read the series.)

Lastly, Toriko 17 wraps everything up with some more tasty food fighting.

Assuming you didn’t move on halfway through this endless list, what are you getting this week?