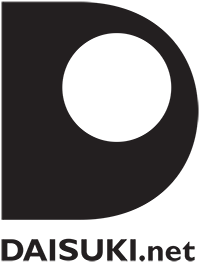 Okay, let’s be honest. As a bunch of old fogies obsessed with our towering shelves full of dusty old books, we don’t always pay a lot of attention to what’s happening in the anime industry here at Manga Bookshelf. But when one of our favorite PR contacts (in this case, Robert Napton, formerly of Bandai Entertainment) reaches out to us about a new company he’s working with, we muster the will to put down that volume of ’80s shoujo manga and listen.

Long before publishers like Viz Media began battling manga pirates in earnest by offering simultaneous digital releases of popular series, the anime industry was leading the charge by way of numerous online streaming services (Crunchyroll, Hulu, ANN) intended to offer a legal alternative to fansubs. Though the process has included some stumbles and occasional frustration (my household’s attempt to stream the first episode of Fullmetal Alchemist: Brotherhood from FUNimation’s website the night it debuted will be forever recorded in our personal Buffering Hall of Shame), streaming anime has become an affordable staple for many fans.

One of the challenges of keeping up with streaming anime releases has been that they’re really all over the place, split between numerous online companies and services, requiring multiple online accounts, each with its own system of monetization and operational quirks. DAISUKI, A new Japanese company affiliated with a number of popular anime studios and production companies (ANN has the full list here) aims to change all that by offering a wide range of series on a single site.

While DAISUKI’s opening lineup—series like Puella Magi Madoka Magica, One Piece, and Lupin the 3rd—is made up mostly of anime series that have been previously made available in English, we were given the opportunity to ask DAISUKI’s Eri Maruyama (International Business Development) what we can expect to see from the service beyond its initial launch. 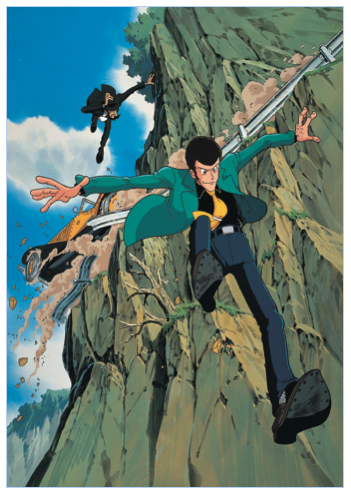 MB: Amongst the various anime streaming outlets currently available to English speakers (Crunchyroll, Funimation, etc.) what makes DAISUKI special? What are you hoping to do that is different than what’s being offered now?

DAISUKI: You can watch all videos on DAISUKI.net for free. Some premium content which will be added later may be fee-based, but basically you don’t have to pay to watch anime at DAISUKI. Also, there will be an online shop with anime goods and opportunities for fans to give feedback to Japanese production companies directly. By doing so we want to build up an exchange between overseas fans and creators in Japan.

Thanks to our direct link to the companies we are able to provide exclusive footage like making-of material, behind-the-scenes cuts and video messages from creators, producers and voice actors.

MB: Do you have plans in the future to offer anime titles that aren’t available on other sites?

DAISUKI: Yes, we are also planning simulcast series, for example. Also, the list of titles we have received from the studios include titles that have never been translated into English before.

MB: How is your venture being monetized? Is it ad-supported?

DAISUKI : The membership is for free while the service is ad-supported. We also hope that fans will like our web-store, which is going to launch in late June 2013. 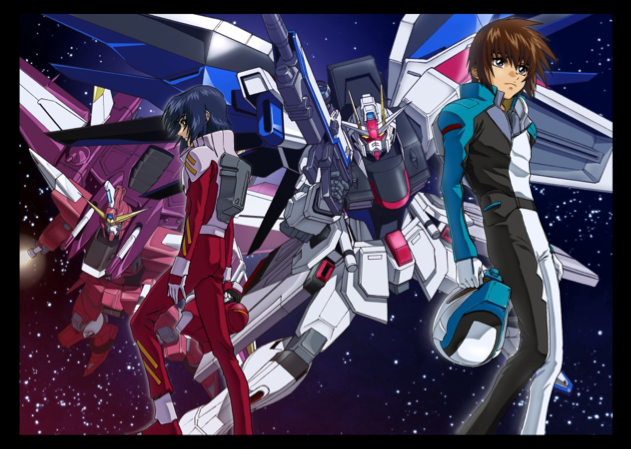 MB: Your initial lineup is made up of titles that are very popular with American fans of all kinds, though mainly aimed at male viewers. Do you have any plans to include shoujo or josei series as your service grows?

DAISUKI: Yes, we definitely aim to offer a good balance for both female and male fans. But, it is planned to provide titles for older viewers. We will not focus on titles for very young children.

MB: What can fans expect to see from DAISUKI.net over the next year?

DAISUKI: We will fill up our catalogue with more episodes and with more series. We hope that fans like our service and come again to watch the updated content. The DAISUKI web-store will open in late June 2013.

Furthermore, not only virtually, but also physically are we going to get active: DAISUKI will participate in various anime conventions like Anime Expo to promote the service of the website. At Anime Central in mid May, we already had a DAISUKI booth and the feedback was great. The DAISUKI team from Japan is looking forward to meeting overseas fans directly on upcoming events!

Have you signed up at DAISUKI.net? What kind of series would you like to see made available to English-speaking fans?