SEAN: It’s a healthy fourth week of the month here at Manga the Week of Central, with something for everyone. Let’s delve deeper.

Dark Horse gives us lucky Vol. 13 of Bride of the Water God, which is manwha, so I defer to those who know it better than I do.

MELINDA: This series is incredibly beautiful to look at. I’m behind a few volumes at this point, but it’s one of those I absolutely try to keep up with in print, just because it’s so pretty. It’s a keeper.

SEAN: There’s also Vol. 27 of Gantz, where bad things continue to happen to everyone, but at least they’re all in rubber lycra outfits. 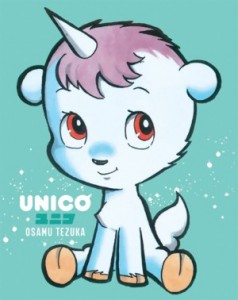 SEAN: Unico has shipped to most of its Kickstarter backers by now, but it finally hits retail next week. I have a review out that gives a deeper opinion, but suffice to say it’s cute, sad, and a little bit weird, like the best of Tezuka. Also, although there are lots of Pink Lady refs, be assured there is no Jeff Altman.

MELINDA: Children’s manga is rarely my thing, but your description is pretty compelling.

MICHELLE: Yeah, “cute, sad, and a little bit weird” sounds like a winning combination to me.

SEAN: Kodansha seems to have indicated that sales for Bloody Monday are meh, so I suspect this may be the penultimate volume over here. It’s still filled with action, intrigue, and lots of dead folks.

MICHELLE: I bought a couple of volumes but then never read them. I like the creative team, but just never found the time.

SEAN: Fairy Tail is a quarter of the way to 100 now, as Vol. 25 continues the S-class battles, with Fairy Tail fighting itself to see who is strongest. I suspect a third-party will get involved and ruin everything, myself… 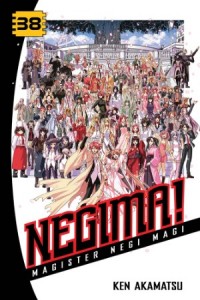 The last of Del Rey Manga’s four debut series reaches its end, albeit at Kodansha Comics. Negima hits Vol. 38, with an ending that, um, well, it’s certainly something people talk about! Aheh. I’ll have more to say in my review, but let’s just say: Fandom *hates* Where Are They Now? endings.

MICHELLE: Even though I’m not a Negima! fan, it’s still something of an achievement that it’s finally complete in English.

SEAN: And then there’s Yen. The latest Alice spinoff, My Fanatic Rabbit, ends with its second volume. I really liked the balance between romance and psychosis, and hope it stays even in Vol. 2, though I admit I’m not optimistic.

Another lucky 13, with Black Butler. Though given the sheer power of its cast, I don’t think they really need to worry about black cats. I understand this volume has some nice Sebastian revelations.

MICHELLE: I’m planning to talk about this volume soon on Off the Shelf, so I look forward to hearing about your attempts. For me, this is a series I kind of like, or at least find easy to read, but have no intentions of rereading.

SEAN: Ah, Bunny Drop has hit Vol. 8. I think this means that the matter of “that spoiler” may now be discussed. And may I say I’m almost relieved? In any case, I’m sure it will be SAFE AND FUN.

MELINDA: I’m really looking forward to seeing how this plays out! I have a lot of faith in the mangaka.

MICHELLE: I’m a bit more dubious, but will certainly be finishing out the series. 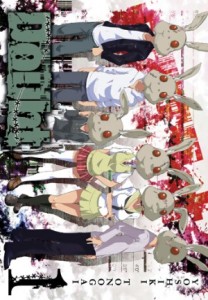 SEAN: A new series, in handy omnibus form! Yen has the first 2 volumes of Doubt, whose cover has everyone wearing bunny heads, but trust me, Bunny Drop this ain’t. It’s another survival game title, where you learn not to get too attached to anyone at all.

MELINDA: I suspect this may not be for me, but I fully intent to give it a try! These omnibus releases are great for that, because you get a really substantial go at it.

MICHELLE: Maybe it’ll turn out to be kinda fun, like BTOOOM!.

Kieli has its 8th novel published. The story of a girl who can see ghosts, and her relationship with a man named Harvey. Who is not a 6-foot-tall pink rabbit, though it would fit with this week’s accidental theme.

The Melancholy of Haruhi Suzumiya 15 continues to adapt the 7th novel, and has steadily improved, though not to the point where I can say “you don’t have to read the book”. Because you do.

Pandora Hearts is also at 15, and I think I will yield to Melinda for this one.

MELINDA: Oh, Sean… as you know, this series basically owns my soul. I’m expecting an enormous amount of drama in this volume, given where we left off. I’m expecting at least one heartbreaking loss. And I just can’t wait. Expect a flustered review of some kind to show up over the next week. I think this one’s gonna be a doozy.

MICHELLE: I’m a few volumes behind with Pandora Hearts. Clearly, I must rectify this.

SEAN: Lastly, there’s the 8th novel of Spice & Wolf, a title that always reminds me of Playboy Magazine, in that people always say they read it for the economics.

Getting anything interesting this week?