SEAN: Too much manga next week. Luckily, a good chunk of it came in everywhere except Diamond *this* week, so that takes a bit of the curse off.

Attack on Titan 4 still has lots of horrible death, grotesque horror, and the fear that this series will end with *everyone* dead. But – BUT – it has Potato Girl. More on her in my weekend brief. Suffice to say, she’s a great reason to grab this. 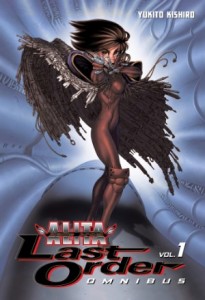 ANNA: I remember being vaguely intrigued when I saw the license announcement for this manga, but I never really followed up on that. Should I give it a whirl? I’m feeling a bit ambivalent knowing that there’s a “Potato Girl” in it.

MELINDA: I really liked the first volume of Attack on Titan, yet never bought more. “Potato Girl” might be the tipping point, though, for getting me into the bookstore.

SEAN: Battle Angel Alita: Last Order starts its omnibuses. I already reviewed this one, and suffice to say that I was mostly pleased, even if it is losing something by Kodansha being unable/unwilling to license the original Alita.

Fairy Tail 24 wraps up its Edolas arc and starts a new one, with a competition to see who will be the next S-class mage. Oh, and a surprise return! Big surprise – it divided the fandom when this came out in Japan.

Love Hina finishes its re-release with the 5th omnibus, a slightly smaller one containing the last two volumes. No surprises to see who gets paired off in the end, but the amount of focus on swordswoman Motoko may surprise people.

Sailor Moon hits the big 1-0 and wraps up the SuperS arc. (That’s right, there’s no cliffhanger for once.) This was the first Sailor Moon manga I ever read back in the day, and its disturbing nightmarish imagery still stays with me.

MICHELLE: Volume 10 wasn’t the first Sailor Moon manga I read, but it was the first one I reviewed. The review mostly consisted of squee about the Outers and Amazoness Quartet, though. Up next – the Sailor Starlights! I might be in the minority, but I do love them so. (Probably more in the anime, though.)

ANNA: Several years ago I would not have thought that there would be such an abundance of Sailor Moon. I am unfortunately behind on this series, but am looking forward to indulging in some binge reading one day.

MELINDA: Same here. I bogged down after a few volumes, mainly due to a limited budget. I need to pick up the pace!

SEAN: Meanwhile, on the Vertical beat, we have the penultimate volume of GTO: Shonan 14 Days. Given the cliffhanger from 7, I expect most of this volume to be things going very, very badly. Luckily, Onizuka doesn’t know how to give up.

MELINDA: I have so much love for this little series. I can’t believe it’s nearly over!

SEAN: Limit hits Vol. 4, and has a new girl on the cover, and no doubt lots of tense survivalist horror and teen drama.

MELINDA: After volume three, I’m really on the edge of my seat, though I approach volume four with some real apprehension. This series is that tense. 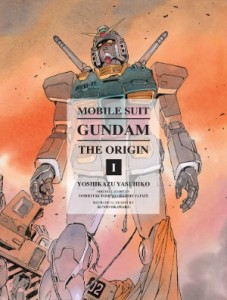 ANNA: I am sooooooo annoyed that my copy of this is currently languishing on a FED EX truck somewhere.

MELINDA: I really want to love this, though I’m a little nervous, given the weight of its fandom. Having never watched the anime nor read any of the other manga adaptations, will I be able to approach it as a fresh, new fan?

SEAN: The rest of the list is aaaaaall Viz. Barrage ends its short run with Vol. 2, hitting the Shonen Jump new series wall. Still, this does not necessarily mean that it’s a failure as a story. It’s worth checking out.

MICHELLE: I definitely liked volume one enough to check out volume two. I agree that it’s worth reading.

ANNA: This was an enjoyable series.

SEAN: Bleach hits Vol. 56, and has probably survived that early cancellation problem that befell Barrage. It’s not as popular as it once was, but it’s still a mainstay.

SEAN: Blue Exorcist is the cream of the crop at Jump Square, and every volume brings fresh new delights. I think they’re still fighting toxic monsters from beyond, so it’ll be nice to see how they fix that.

MICHELLE: I really need to catch up on this!

SEAN: Also at Volume 9 is Dawn of the Arcana, which runs in Cheese! but so far has not been nearly as saucy as I was expecting from that shoujo/josei straddling magazine title.

MICHELLE: There are a couple of small “huh?” moments in the plot in this volume, but overall it provides some good drama, as Nakaba’s power proves to be quite a burden.

ANNA: I enjoy it, mostly because it has a sensibility that reminds me of some of CMX’s great fantasy titles.

SEAN: Anna may be gone, but Maria’s problems are still around as Devil and Her Love Song enters its second half. Vol. 8 will no doubt introduce new plot twists. I suspect the choral director may feature. (At least we haven’t seen the evil teacher lately…)

MICHELLE: Another one I intend to catch up on soon.

ANNA: The choral director seems a bit too invested in Maria. I am suspicious of him.

SEAN: By popular demand, Hana-Kimi continues its cheap 3in-1 omnibuses, containing Vols. 10-12. Do you like crossdressing, misunderstandings, and as close to BL as Hana to Yume ever gets these days? Then this is for you.

MICHELLE: Snerk. I read this the first go ’round, and while I liked it for most of the time, the ending profoundly irked me. I have a hard time recommending it because of that.

ANNA: I love this series!

SEAN: Jiu Jiu has hits Vol. 4, and I’m still on the fence about it. It has its good points and its bad points, but I’m not sure there’s enough good points to keep up with it. Still, wolf boys. Gotta love ’em.

MICHELLE: Yeah, I think I’m done. I really did try.

ANNA: I am not feeling this series either.

MELINDA: I really wanted to like wolf boys, but… no. Not really.

SEAN: I have no such issues with Kimi ni Todoke, which is at Vol. 16 but will never be unwelcome in my come. With one exception (sorry, Kent, I still have issues), the cast is absolutely perfect. Who isn’t reading this?

MICHELLE: If you aren’t, get on it!

ANNA: Kimi ni Todoke is so great. I love reading the stories of the supporting cast. 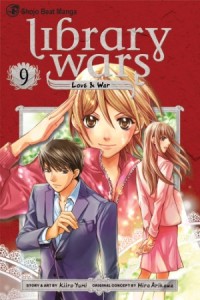 SEAN: Library Wars: Love & War is yet another Vol. 9, and has hit the dreaded “caught up with Japan” stage (or at least as caught up as Viz allows itself to get). When we left off, they were using Iku as cute bait to catch a molester. I expect CUTE VIOLENCE will ensue.

MICHELLE: I ended up enjoying the eighth volume a lot more than I expected to, so I’m looking forward to volume nine. Also, don’t forget to check out the trailer for the movie that Anna recently posted!

ANNA: There is no way I wasn’t going to love a series about weaponized librarians, but let’s face it, this series is mega adorable.

SEAN: Nura: Rise of the Yokai Clan. Saigon. I can’t believe we’re still in Saigon. Substitute “Kyoto” for Saigon and you have the gist of where I am with Nura. Still, I like it enough to soldier on. Especially as I know we still have at least two volumes to go.

Slam Dunk hits Vol. 27. I think basketball is involved in this particular volume.

MICHELLE: Hee. I’ve gotten to the stage where I’m starting to hoard the final volumes of Slam Dunk so I can read them back-to-back. That means I’ll have to wait ’til December, but it’ll be totally worth it.

ANNA: It is amazing how Slam Dunk can spread out one basketball game over several volumes and still manage to be utterly engrossing.

SEAN: Our last Vol. 9, as Story of Saiunkoku continues to be the shoujo Yes, Minister. Civil Service intrigue has never been so pretty.

MICHELLE: I’m looking forward to this one, too!

ANNA: I am sorry to see this series end as I would happily have read 9+ more volumes.

MICHELLE: Oh, is this the end?! Somehow I completely missed that.

SEAN: It is the last one, and I totally missed it as well. The story continues in the 11 billion light novels that will never, ever come over here.

ANNA: That makes me sad, as I really enjoy this story. But I’m glad we at least got the manga!

MELINDA: I, too, am really sorry to see this series end. It was a rare and wonderful treat.

SEAN: Toriko is up to Vol. 15, and has a cover that can best be described as TEETH. I think we start a new arc here as well.

MICHELLE: Yeesh. I intend to read Toriko, really I do, but this cover is giving me pause.

MELINDA: I have never been able to stomach this series. So to speak.

There has to be something in that pile for everyone. What’s yours?