SEAN: Last week of the month, and we have a few interesting tidbits from around the mangasphere.

Dark Horse has the 2nd and final omnibus of CLAMP’s Angelic Layer. I seem to recall there was some big complaint with this book, but can’t recall what it was. Whatever it was, this is the big series where folks prefer the anime to the manga, so I’ll be interested to see how much CLAMP break their own premise this time. As we’ve seen, they later got in the habit of breaking every series they did in some way. Was this the first?

MICHELLE: Somehow I missed the first omnibus of Angelic Layer coming out! I still have my TOKYOPOP editions, which I’ve read, but I don’t remember what the difference between the manga and the anime was. (Tangent: my big series where I prefer the anime to the manga is Gravitation!) I liked it enough to keep it, at least!

MELINDA: I’ve been saving these up to read together, as it’s one of the few CLAMP series I never picked up. I’m looking forward to finding out whether it’s my kind of CLAMP.

ANNA: I’ve also never read this, so I am curious to hear what you guys think before I dive into another CLAMP series.

SEAN: Kodansha has the 2nd season of Genshiken continue with Vol. 2. The cover features the new characters, and I’m hoping the focus is put squarely on them before it returns, as it inevitably will, to the original cast. 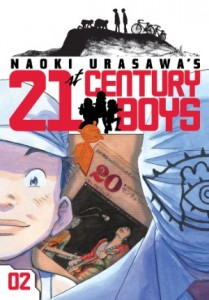 We have finally hit the end of Naoki Urasawa’s 20th Century Boys, with the 2nd volume of the 21st Century Epilogue. It’s been an epic journey, thank you, Viz. And I fear, bar a major surprise, it will be the last Urasawa we see over here for some time.

MICHELLE: I like to marathon my Urasawa, so I actually haven’t read 20th Century Boys beyond the first volume. At some point I will have to find the time to remedy this.

MELINDA: Fortunately, Urasawa is eminently re-readable, so if nothing else, we can revisit old worlds while waiting for the new.

ANNA: I think I’m only halfway through this series, but I intend to catch up one day!

SEAN: And then there’s Yen, not arriving at Midtown but arriving everywhere else. First off, we have a digital Light Novel, Another (which I believe is Part 1 of 2) hitting Kindle and Nook. Horror has sold quite well for Yen, and so we’re going to continue to see more of it – I think the manga adaptation of this is due out in the summer. It has supposedly dead students who aren’t quite the urban legend folks thought, creepiness, and lots and lots of corpses.

The 2nd omnibus of Blood Lad is out. The first one wasn’t a huge hit with me, but I liked it better than I expected, and I’m hoping for good things for this one as well. Though I’m sure it will have lots of fanservice as well. As these titles often do.

MICHELLE: I’m actually interested to read this too, after the intrigued reactions volume one received ’round these parts.

MELINDA: As you probably know, I quite enjoyed volume one of Blood Lad—much more than Sean did. So I’m definitely looking forward to digging into the second volume.

SEAN: Durarara!! hits the 2nd arc, called the Saika arc. Something is going around slashing people in Ikebukuro! Who is it, and what do they have to do with our heroes? 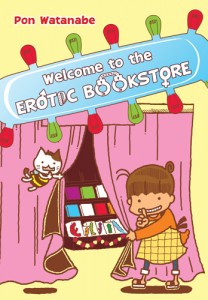 MICHELLE: I liked this volume. Celty gets her sleuth on!

SEAN: Higurashi: When They Cry wraps up its penultimate arc, as the Massacre Arc shows us why it has that title. Expect heartwarming moments intermixed with appalling tragedy and death. As usual.

Jack Frost is manwha, and I haven’t read it since the first few chapters, but hey, let’s throw it in here. Vol. 7 is out. Is the girl still just a head?

MELINDA: I’m behind on this series, but I’ve lately had the hankering to dig back in, so perhaps I’ll be able to answer that for you soon, Sean!

SEAN: Soul Eater hits lucky Vol. 13 and Baba Yaga Castle gets a lot louder with the addition of Black*Star. This is rapidly becoming one of my favorite shonen series, so I can’t wait to read more.