SEAN: JManga is taking a New Year’s break next week from newsletters (but not releases), so gave us two weeks worth of announcements. What’s new and exciting?

Well, first off, Pico Pico Boy has been pushed back to 1/10, so see previous post for our (minimal) thoughts. 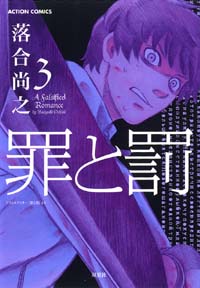 SEAN: Crime and Punishment: A Falsified Romance is really not my thing at all, but I can’t deny its brilliance. A fantastically dark seinen tragedy of morals updating the Russian novel to modern-day Japan, it’s one of Futabasha’s best titles from its initial deluge of Manga Action series to JManga. Vol. 3 is out next week.

MICHELLE: Yeah, I feel bad that I’m not really into this, but I’m not.

SEAN: Yurumates is slice-of-life seinen 4-koma. I hadn’t even realized we’ve already gotten 3 volumes of this, but here is the 4th. It runs in Takeshobo’s Manga Club, home to Morita-san Wa Mukuchi.

MICHELLE: This is a very under-the-radar sort of title. It’s pretty tough for me to get excited about 4-koma manga.

SEAN: Moving on to titles out the 2nd week of January, there’s a new Lucifer and Biscuit Hammer (Vol. 3) and Soredemo Machi wa Mawatteiru (Vol. 10), both from Shonen Gahosha’s Young King Ours. I’ve mentioned before how I like Biscuit Hammer’s odd apocalyptic take on superheroes, and SoreMachi’s slice of life maids are growing on me as well.

MELINDA: I really do need to try out Soredemo Machi wa Mawatteiru. It’s not my usual fare on the face of it, but I’ve heard such good things about it! 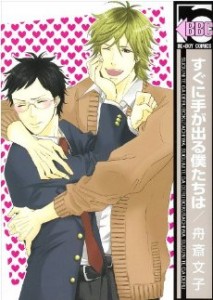 SEAN: Some new BL, which I think is from an author new to these shores. We Immediately Swing At Foul Balls certainly wins title of the week if nothing else, but loses points for the standard BL hug from behind while partner cowers cover. It’s done in one volume, so I can only assume the balls weren’t too foul. (whack) Ow.

SEAN: The other title, by the same author, is Pochi to Tama, which looks far more adorable, and has pets. Both these titles are from BL flaghip Be x Boy magazine.

MICHELLE: The pets do tempt me a little…

MELINDA: Pets are sometimes a plus. Usually I’ll check out BL from JManga. Their track record is pretty good.

SEAN: Has anyone stopped to think of the ridiculous amount of titles JManga put out last year? The mind reels…

MICHELLE: It’s fantastic. Keep up the good work! (And pick up Cat Street!)