SEAN: A nice quiet week, with only three new titles, but each of them having its own audience.

YuruYuri is basically K-On! with less music and more yuri tease. Well, no, I take that back, K-On! actually had more yuri tease than Yuru Yuri. Which is sort of sad, really. Recommended to anime fans.

MELINDA: Heh, that is pretty sad. 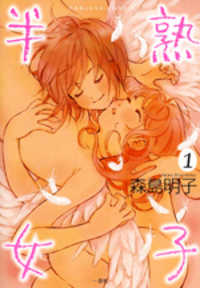 SEAN: Hanjuku Joshi is another one of those Ichijinsha yuri titles where I always check Erica’s Okazu reviews before I give my thoughts. After all, Ichijinsha has been known to put out lowest common denominator sexy tease yuri as well. That said, I’m really looking forward to this title, which seems to be a slightly more realistic take on high school yuri feelings-type stories.

MICHELLE: Yay for more yuri, especially a more realistic take on the topic.

MELINDA: Agreed! This looks promising to me.

SEAN: And it’s been a while since we’ve had train bento manga, so it’s nice to see Vol. 4 of Ekiben Hitoritabi. Which always makes me hungry.

MICHELLE: Man, me too. I always want those kenshi (sp?) eggs! I actually had forgotten volume three had come out already, so that gives me two volumes to gobble up. (harhar)

MELINDA: I need to finally read this! I love manga that makes me hungry.