SEAN: The danger of skipping ahead when you don’t like what a list is providing you is that eventually the list will catch up. Midtown didn’t have a lot of things that we knew were arriving in bookstores, or via Diamond, in the last two weeks, and so we put them on our own list or talked about them before. And now here they are, coming round to Midtown like a prodigal. So this list will skip the volumes we’ve already discussed in previous weeks.

Dark Horse starts us off with Vol. 43 of Oh My Goddess, which is still in its big Hell arc, which continues to give the impression that it’s working its way towards a finale. Working its way at Oh My Goddess’ usual pace, which is to say still a few years. But the ending may be a glimmer in the road ahead.

MJ: This is such a famous, long-running series, I’m a bit embarrassed about the fact that I’ve never read even a single page of it. Probably I should rectify this, but at 43 volumes and counting, that just seems daunting.

MICHELLE: Same here. I at least regard it benevolently. 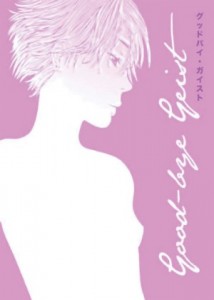 SEAN: Good-bye Geist is a title from GEN manga, a publisher I always want to throw more support. Unfortunately, I really don’t find the synopsis, which mentions sexual assault and animal cruelty, all that appetizing. Perhaps it’s due to having ‘Geist’ in its title? Something about that word does violent things to anime and manga…

MJ: I have this dilemma with GEN all the time. I really like what they’re doing, and I want to support them, but their titles so rarely appeal to me, at least on the surface. I need to dig deeper more often.

MICHELLE: Even if there is surprising depth to Good-bye Geist, I am simply unwilling to wade through sexual assault and animal cruelty to get to it.

SEAN: Kodansha Comics has Danza, a new collection of short stories by Natsume Ono. I’ve already reviewed this book on my blog. It has the same strengths and weaknesses as most of her short works do, but is still recommended for Ono fans, as well as those who like middle-aged men sitting around talking.

MJ: I never realized that was me, but I guess it is, at least when it’s Natsume Ono driving the conversation.

MICHELLE: I intend to get this some day, but I’m not particularly clamoring for it.

SEAN: Seven Seas has a bunch of titles out this week via Diamond and next week at Midtown. A Certain Scientific Railgun 6 finally gets to the point that it can’t avoid anymore: adapting the third A Certain Magical Index novel. So, a few less surprises here for fans of the franchise, but the Sisters arc is still pretty great, so I’m sure I’ll like this.

Dance in the Vampire Bund is, I believe, Seven Seas’ best-selling Japanese title (someone can correct me if I’m wrong). As such, it makes sense to do a deluxe oversize omnibus, to lure in new readers. And indeed, I’d never read the series, but decided to check it out after reading the crossover with Young Miss Holmes. Hopefully it will rise above ‘loli vampire’, which is what its premise seemed like.

MJ: I have never been able to get interested in this title. I suppose that’s the “loli vampire” bit.

MICHELLE: Yeah. Railgun interests me at least some, though I haven’t read any of it yet. 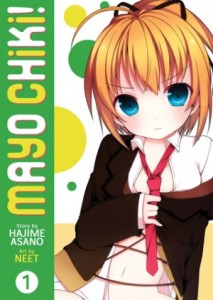 SEAN: Mayo Chiki is a new Comic Alive title from Media Factory, the makers of Haganai and I Don’t Like You At All, Big Brother!!. It features reverse traps, boys terrified of girls, sadists who love tormenting guys, and, well, that cover. I haven’t read it yet, so someone please tell me it isn’t just a giant catalog of moe fetishes?

MICHELLE: This is, like, the third title (at least!) out in English that involves sadistic girls tormenting guys. I hadn’t realized that was a genre.

SEAN: Given we’ve established that I judge BL based on their covers, I am highly amused by His Favorite Vol. 2 from SubLime. I hope it lives up to it, because the combination of ‘Sexy pose!’ and ‘Get the hell off me!’ is a total win.

MICHELLE: I do that too with BL, and this is certainly a striking one!

SEAN: Vertical has the 2nd collection of Paradise Kiss, deepening the relationship between Yukari and George… for better and worse. So hot together… so bad for each other.

MJ: I made this my pick of the week this week–a bit ahead of schedule, I guess–but it’s really a gorgeous volume.

MICHELLE: There’s a scene toward the end that gives me goosebumps just *thinking* about it. But I shan’t spoil it here.

SEAN: Viz has the 8th volume of my favorite Ikki series, Dorohedoro. The imprint hasn’t done lights-out sales, so I am very thankful to Viz for continuing this awesome series, which has earned great critical praise. Last time we ended on a nasty cliffhanger, which I hope is resolved with little damage. Wait, it’s the world of Dorohedoro, never mind.

MICHELLE: I have been hoarding this one with the intention of talking about it in Off the Shelf at some point, but so far I haven’t yet managed it.

SEAN: Tenjo Tenge is up to the 10th volume of its omnibus collections, so must be nearing the end. I’m so far behind I’ll never catch up, but it’s a great manga for those who like fighting and unrealistic female bodies.

MICHELLE: At least once during each of these columns, Sean, you make me go *snerk*. This was where I did it this week.

SEAN: Lastly, Vagabond also has an omnibus out, collecting more gorgeous art and depressing storylines for the Inoue lover in all of us.

MICHELLE: Oh, Vagabond. You know, I really really love Inoue’s basketball manga (Slam Dunk and Real), and Anna and I even cohosted a MMF celebrating his works earlier this year. But as part of that, I read the first Vagabond omnibus and found it largely unaffecting. Still, owning the first ten omnibus volumes as I do, it’s a given that I’ll be picking up the eleventh as well as giving the series another go in the future. Perhaps it’s simply best in small doses.

SEAN: ‘Zat you, Santa Claus? What manga did you bring me?