SEAN: After a somewhat desolate week this week (with one huge treat, of course), next week’s JManga schedule looks a lot more promising.

JManga and Shueisha are on the fast track with their releases of Crazy for You and Pride! This will take Crazy for You over the halfway mark. Both recommended (why is it so hard to stay caught up, though?)

MICHELLE: I am having the same problem with staying caught up, but am supremely delighted that releases are coming so quickly with these series! I’m not sure why, but it kind of gives me hope that once these two are finished, more Shueisha shoujo will be on its way. This is the place where I predictably suggest/beg for Cat Street.

ANNA: I like plenty of JManga titles, but these are the ones I am most enthusiastic about currently. I hope that these signal a trend of more shojo for JManga, and I would also love to see them get Cat Street too.

MJ: I am thrilled by the pace they’re keeping with these, because I am completely hooked on both!

SEAN: We have the final volume of Comic High’s Otaku-Type Delusion Girl, which Media Blasters released part of ages ago as Fujoshi Rumi. Given that it’s about a bunch of BL fangirls, but runs in Comic High!, I can guess the audience reaction over here to be somewhat mixed? Anyone try it?

MICHELLE: I never have, but I have a friend (female) who likes it.

SEAN: There’s also a new Neko Ramen, rescued from Tokyopop and available once more for our cat-loving pleasure.

MICHELLE: Yay! Though I’ll really be rejoicing when they get to volume five, the first one not to be released by TOKYOPOP. 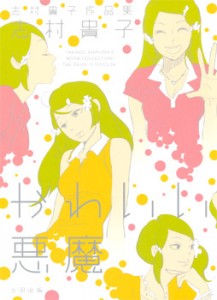 SEAN: The big release of the week, for the 2nd week in a row, is by Takako Shimura. I think Ohta Shuppan, which has released 3 titles in the last month or so to JManga, has started to realize that they can really promote their brand here. The short stories collected in The Devil Is So Cute ran in various magazines, including Comic High (Futabasha), Comic Blade Zebel (Mag Garden), and Young King OURS (Shonen Gahosha). But really, the best thing I can say is IT’S MORE SHIMURA! READ IT!

MICHELLE: Yes, I am really looking forward to this one!

SEAN: Another Futabasha series wraps up, as we get the last two volumes of The Perfect Girlfriend, one of the first of their Web Comic High! online series. I read part of the first volume, and while it didn’t grab me, it wasn’t all that awful. I can see it appealing to the anime-loving crowd.

Lastly, a second Tokyopop rescue, The Good Witch of the West is a shoujo fantasy adventure series I’ve been meaning to catch up on (especially after reading Erica’s recent review. This side-story volume seems to take place after the main story.

MICHELLE: It’s one that’s been on my radar for some time—mostly due to my local library having it in their collection—but I’ve never yet managed to actually read it. One of these days.

ANNA: I read the first four volumes or so, and this is a solid fantasy series, although I wasn’t compelled to collect all the print volumes. More Tokyopop rescues would be good! I only hope that one day more of my beloved Demon Sacred gets translated.

MICHELLE: Oh yes, me too!

MJ: I would also really like to see Demon Sacred. But I’m pleased to see things like this on the list. I missed a lot of Tokyopop titles the first time around.

SEAN: Lots of varied stuff. I may have to load up on points again.