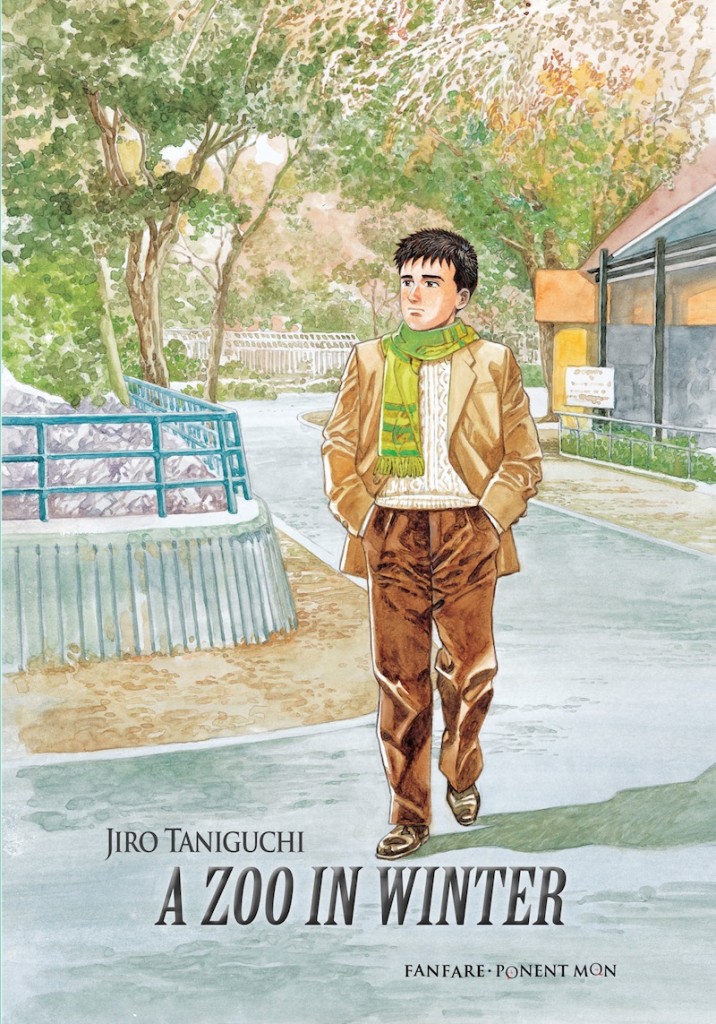 One of the best-selling manga in the US right now is Bakuman, a drama about two teens trying to break into the Japanese comics industry. Flipping through the first two volumes, it’s easy to see why the series has such an ardent following: Tsugumi Ohba and Takeshi Obata have portrayed the characters’ journey not as an aesthetic or introspective process, but as an adventure story in which the boys battle progressively more talented opponents while they work toward their ultimate goal of creating a hit series.

For all its lip service to perseverance and craft, Bakuman is, at heart, a fantasy that trumpets youth, native ability, and confidence as the keys to artistic success. To be sure, Ohba and Obata make a concerted effort to show their characters engaged in the less dramatic aspects of manga-making: brainstorming story ideas, working with an editor, experimenting with unfamiliar tools. These scenes aren’t really meant to chart the boys’ growth as artists, however, but to reinforce the idea that Mashiro and Takagi are naturals.

Jiro Taniguchi’s forthcoming A Zoo in Winter offers a very different perspective on breaking into the manga industry, one in which the principle character engages in a long, complicated, and frequently humbling process of refining his skills. When we first meet seventeen-year-old Mitsuo Hamaguchi, he’s working at a manufacturing company, contemplating a future designing textiles while harboring dreams of becoming an artist. Hamaguchi spends his free time sketching animals at the local zoo, and chaperoning his boss’ wayward daughter on excursions around town.

At loose ends, Hamaguchi visits Tokyo on a whim, landing a position as an assistant to popular manga-ka Shiro Kondo. The work is anything but glamorous: Hamaguchi frequently pulls all-nighters, erasing pencil marks, blacking in objects, drawing speedlines, and copying backgrounds from other assistants’ drawings. Working on Kondo’s manga rekindles Hamaguchi’s own childhood ambition to become an artist, inspiring Hamaguchi to take live drawing classes and start work on his own story — a goal that proves more elusive than Hamaguchi imagined.

Hamaguchi’s emotional development is as fitful as his artistic. Though he’s savoring his independence, he frequently reverts to adolescent behavior whenever he hits a roadblock, wallowing in self-pity when another assistant seems poised to get his big break, for example, or drinking himself into a stupor when his girlfriend moves away. Hamaguchi’s relationship with his older brother is particularly telling: separated by ten years, Hamaguchi continues to view him as a father figure, squirming in embarrassment when his brother visits Kondo’s studio. (“Please, brother, try to mind your own business,” Hamaguchi pleads.) As their visit progresses, however, Hamaguchi marvels at his brother’s ability to chat up Kondo and mix with the bohemian element at the assistants’ favorite dive-bar, gradually realizing that his older brother isn’t as judgmental or rigid as Hamaguchi assumed, just deeply concerned with the family’s welfare.

In another artist’s hands, Hamaguchi’s brother might have been a sterner figure, one who dismissed an artistic career as a frivolous or irresponsible choice. Yet Jiro Taniguchi resists the temptation to make Hamaguchi’s brother into a straw man, instead allowing Hamaguchi to discover his brother’s relaxed decency for himself; Hamaguchi’s epiphany is a small one, but one that brings him a few steps closer to adulthood. Taniguchi manages the difficult feat of honoring the sincerity of Hamaguchi’s feelings while creating emotional distance between Hamaguchi and the reader; we’re not invited to experience Hamaguchi’s embarrassment so much as remember what it was like to learn that our parents were, in fact, just like all the other adults we knew and liked.

What makes these passages even more effective is Taniguchi’s draftsmanship. Though he has always been a superb illustrator, capable of evoking the bustling sprawl of a Japanese city or the craggy face of a mountain, his characters’ faces often had an impassive, Noh-mask quality. In Zoo in Winter, however, the characters’ facial expressions are rendered with the same precision he usually reserves for landscapes and interiors, capturing subtle shifts in their attitudes and emotions. Not that Taniguchi neglects the urban environment; one of the manga’s loveliest sequences unfolds in a zoo on a snowy day. Anyone who’s had the experience of running in Central Park on a rainy November afternoon, or walking a winter beach will immediately recognize Hamaguchi’s elation at having the zoo to himself, and of seeing the landscape transformed by the weather.

It’s the subtlety of the characterizations, however, that will remain with readers long after they’ve finished A Zoo in Winter. The story does more than just dramatize Hamaguchi’s journey from adolescence to adulthood; it shows us how his emotional maturation informs every aspect of his artistry — something that’s missing from many other portrait-of-an-artist-as-a-young-man sagas, which place much greater emphasis on the pleasure of professional recognition than on the satisfaction of mastering one’s craft. To be fair, Ohba and Obata address the issue of craft in Bakuman, but I’ll take the quiet honesty of A Zoo in Winter over the sound and fury of a Shonen Jump title any day. Highly recommended.

Review copy provided by Fanfare/Ponent Mon. A Zoo in Winter will be released on June 23, 2011.