Not so long ago on Twitter, Deb Aoki asked, is Shounen Jump manga the gateway drug for yaoi? I expect that’s true for quite a number of people, and as you know, fanservice for girls in shounen manga is kind of a pet interest of mine.

As it so happens, my path was roughly the opposite. It was slash fandom that introduced me to Shounen Jump manga, by way of the series Hikaru no Go. In fact, it was a specific slash fanfic, carefully selected and presented to me with the purpose of selling me on a specific romantic pairing, that piqued my interest in the series. As a result, I first began reading Hikaru no Go not just as a ready target for this particular type of fanservice, but actually expecting it, and to some extent, already embracing it as canon. 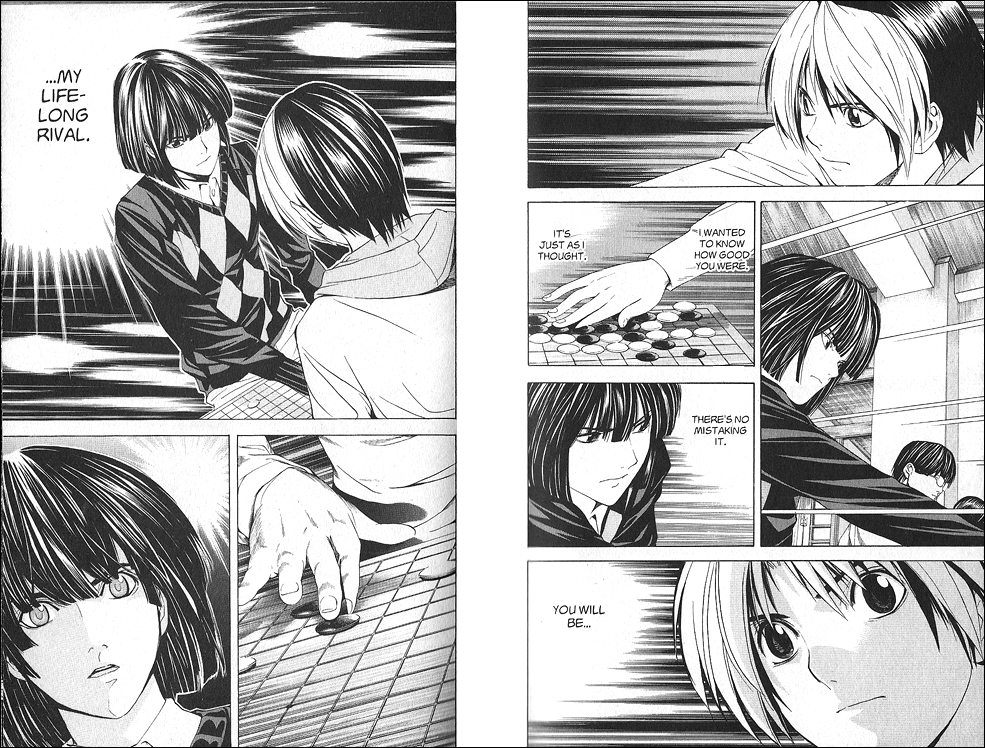 Epic male rivalry is classic slash fodder, so it’s not like this is anything new, but I’ve rarely seen it done with the same level of intimacy that is generally inherent to the love-you-like-a-brother flavor of male bonding in fiction. The deep obsession is there, but it’s alongside deep trust, genuine warmth, and a overwhelming acknowledgement between the characters that nobody understands them as well as they understand each other. 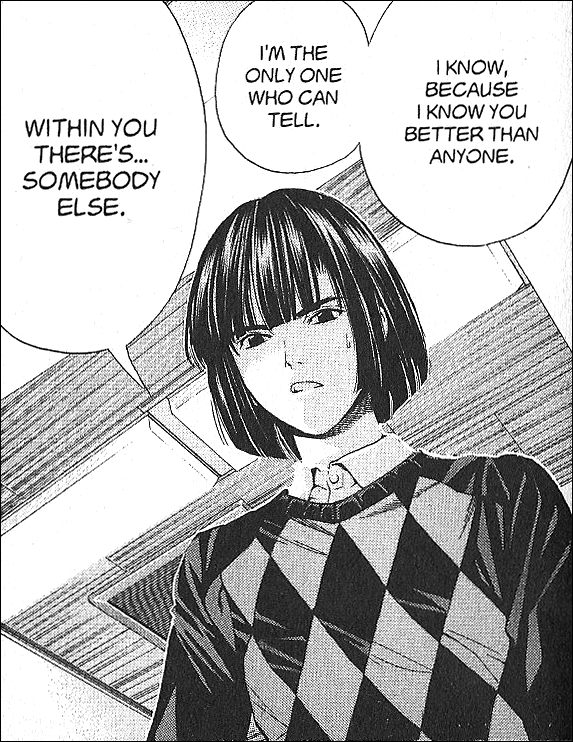 It’s not all obsessive rivalry and closer-than-brothers soul bonding, of course, We’re also offered up out-and-out jealousy and emotional insecurity of the “but you’re only thinking of him!” variety. It’s kind of stunning, really. 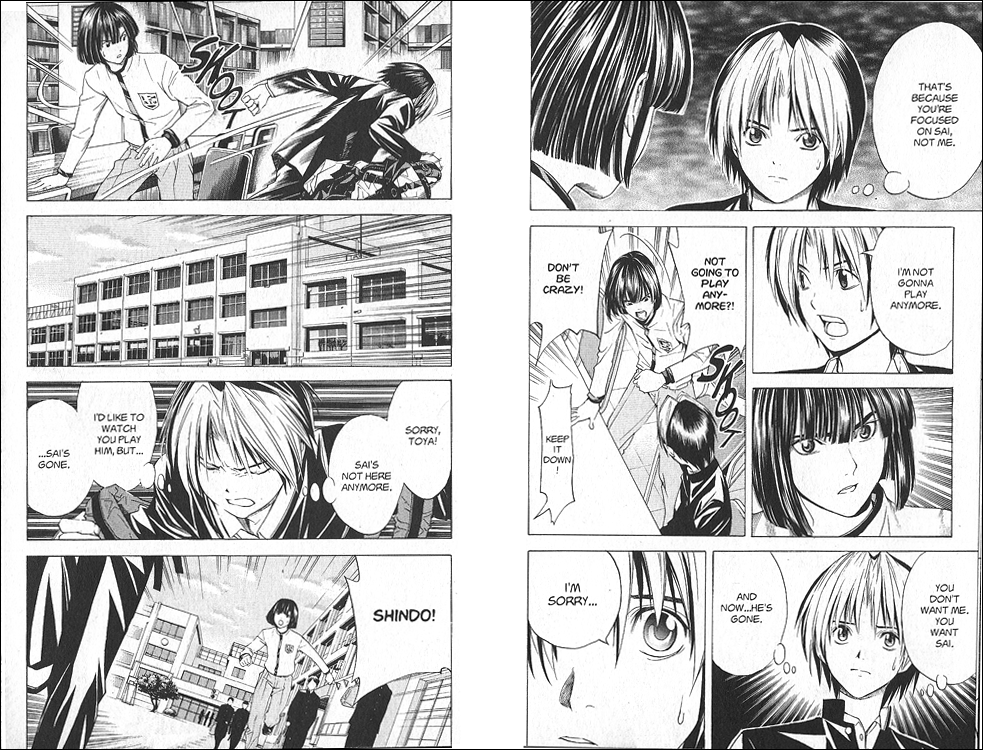 Theirs is an eager, emotionally fraught rivalry, with as many shades as such a thing could possibly have. Furthermore, it’s been going on for quite some time. 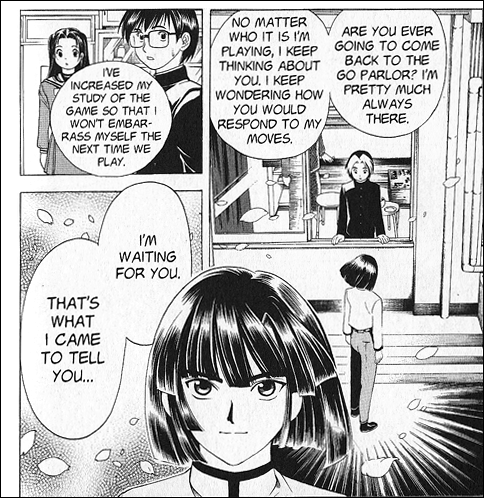 Not that rival-slash fodder is the only service Hikaru no Go has to offer up to girls. Takeshi Obata draws some of the prettiest and most distinctively detailed male characters in shounen manga, with carefully chosen clothing, hairstyles, and attitude to match. For my money, most shoujo manga can’t compare to Obata when it comes to drawing men in clothes. This isn’t the kind of fantasy-based outfitting I’ve raved about before. These costumes are crisp, modern, and carefully suited to the nuances of each character. And does anyone draw prettier faces? 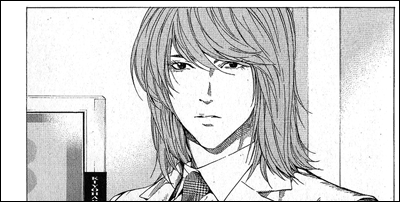 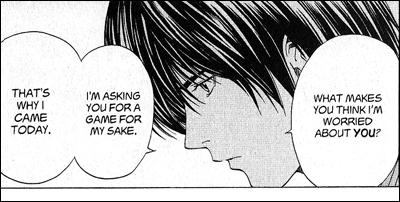 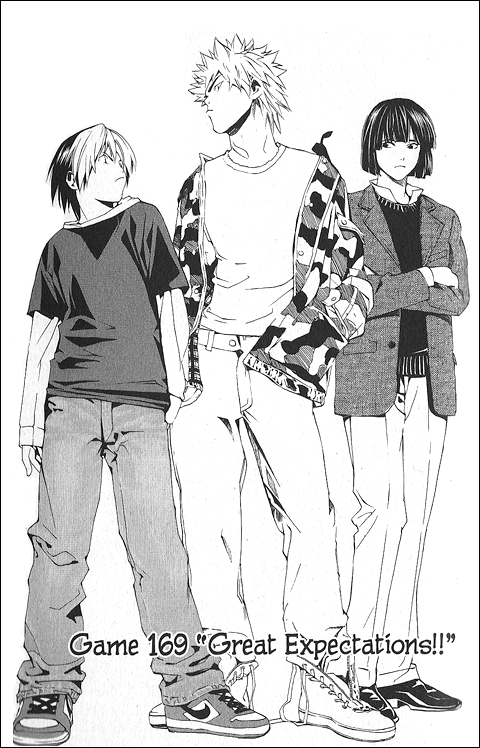 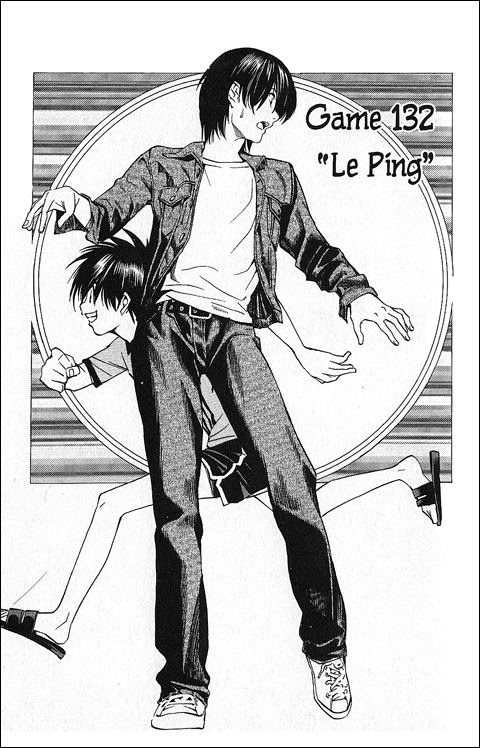 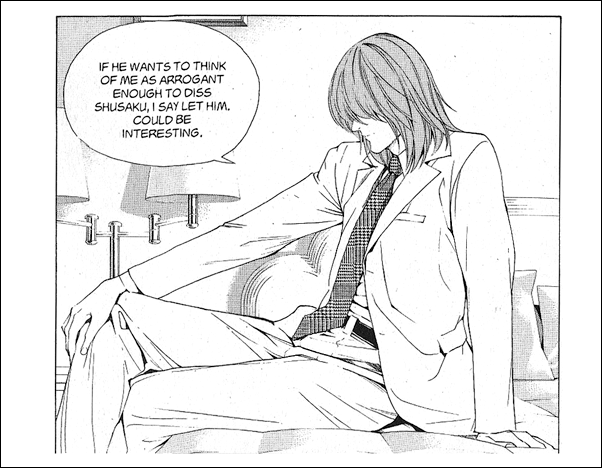 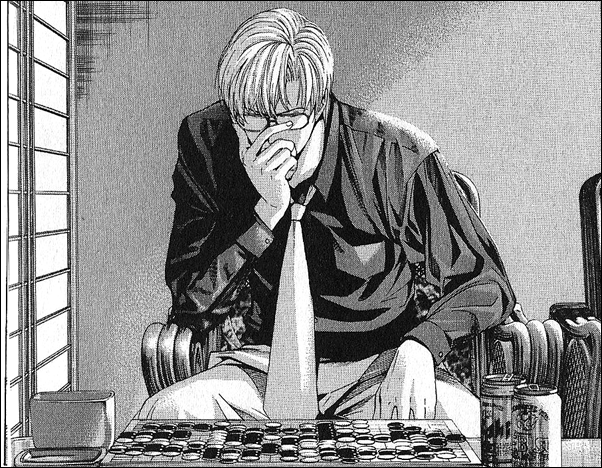 With all this in place, it’s not incredibly surprising to note that my entire experience with Hikaru no Go fandom has been heavily female-dominated (as is, I expect, the comment section of this post), even outside slash fandom circles. And though I once sent my nephew the first disk of the anime series as a gift, I admit it’s his little sister I expect will eventually latch on to it, sometime down the line.

So talk to me, readers. What’s your favorite example of fanservice in Hikaru no Go? 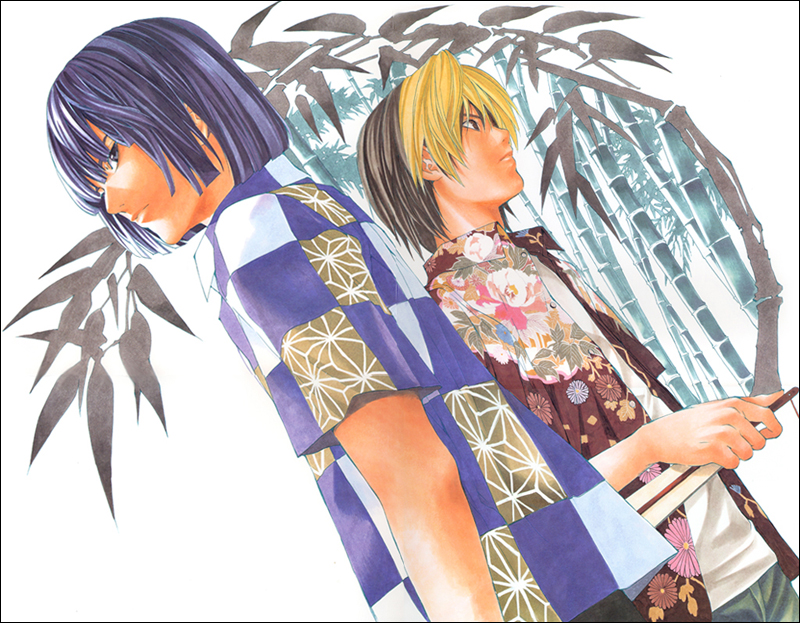