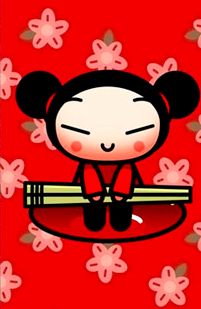 Welcome to another Manhwa Monday! Here’s a quick round-up of manhwa-related news and reviews from the past two weeks.

The folks at Dramabeans report that popular drama Secret Garden is going to be made into both a novel and a girls’ manhwa series.

The iSeeToon blog has been a busy place, as Jeong-Woo Seon continues their series on types of Korean manhwa, with an entry on Jab-Ji Manhwa (Manhwa for magazine). Check out the entire series here. In other iSeeToon news, they’ve uploaded a YouTube video to demonstrate their Magician iOS app. They’ve also started a Facebook page.

New in reviews, Anime Maki’s Todd Douglass takes a look at a handful of Yen Press manhwa. Both Lori Henderson and Michelle Smith review volume four of Time and Again (Yen Press) at Comics Village and Soliloquy in Blue, respectively. Michelle also checks out the final volumes of Angel Diary (Yen Press) in our latest Off the Shelf column at Manga Bookshelf. And Lori gives us the rundown on the latest issue of Yen Plus at Manga Xanadu. At Kuriousity, Andre Paploo looks at volume four of Raiders (Yen Press). At Slightly Biased Manga, Connie talks about volume five of Sugarholic (Yen Press).

If anyone happened to notice the predominance of manhwa from a single publisher in this week’s review roundup, it’s a pretty good indication of the state of the American manhwa industry over the past year. Though the year’s most promising new series, There’s Something About Sunyool, came to us from NETCOMICS, only Yen Press maintained a significant print release schedule for manhwa. And even from Yen, we saw many more series endings than beginnings this year. What will 2011 bring us? Stay tuned as we find out!