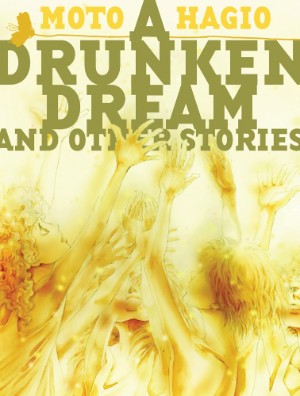 It’s been an interesting month in the manga blogosphere, some of which is due, no doubt, to Noah Berlatsky’s recent, scathing criticism of the manga blogging community’s treatment of Moto Hagio’s A Drunken Dream and Other Stories. Now, my intent is not to bring more attention to that article, which has already gotten too much (from me and many others). It is far from Noah’s finest hour, and certainly not something that would inspire me to say, “I wish I wrote that!”

That said, though the main subject of my writer’s envy this month was not conceived as a direct response to Noah’s article, I’d bet that his article influenced its timing, and perhaps even some of its tone. That would be, of course, Erica Friedman’s wonderful guest review of Hagio’s collection, posted at the beginning of the month at David Welsh’s The Manga Curmudgeon.

I think there’s a real risk, though, in over-analyzing this volume. Moto Hagio’s stories are, as I said at the beginning, masterful largely because she did not set out to be so. She wrote from the heart, stories that girls could understand, enjoy, identify with. She was the Stephanie Meyer of her time and only now, when we look back on a body of literature that spans decades, we see that it’s a little silly to dismiss it (or glorify it) because it’s shoujo manga. What A Drunken Dream offers is as much or as little as we want to see. If we stare too hard past the cute girl looking back at us in the mirror, we might in fact see the deathly crone behind her…but why would we want to do that? Can’t we just take the cute girl at face value? Isn’t she “important” enough on her own?

Thank you, Erica, for putting the work into real perspective, and for speaking eloquently without talking down to the stories’ intended audience. I wish I wrote that!

Other writings I’ve loved this month include Kate Dacey’s reworking of her early take on Osamu Tezuka’s Black Jack, proving that it’s entirely possible to admire and respect an important artist’s work while still addressing ways in which it may be problematic. Also, Vom Marlowe’s article, The cycle of criticism, filled me with quite a bit of joy and gratitude.

We’ll be taking next Friday off here at Manga Bookshelf, but keep an eye out the week after for our regular features and some exciting news to share! In the meantime, what do you wish you’d written this month?